The population Anambra State is currently estimated at 6,358,311 according to an online population directory, population.city. 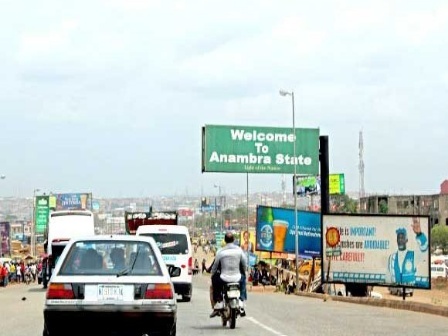 Anambra population is estimated to be growing at an average of 2.84% annually.

The population density of Anambra currently is rated at 992.1 p/km². Anambra State is occupied by Igbo people of southeastern Nigeria.

However, small numbers of Hausa-Fulani and Yorubas who migrated from North and Southwest respectively can be found in the state doing businesses.

All these contributes to the population growth of Anambra state. Anambra is one of the highly commercialized states in Nigeria behind Lagos and Kano.

This makes immigration into to the state to be on high. The last known official figures of Anambra population was in 2011 which government population agency NPC, placed at 4,805,600.

Population of Anambra is the biggest among all the major Igbo states and southeast states.

Population of Major Cities in Anambra

Among the three major cities in Anambra, Onitsha remain the most populated of them all.

The population of Onitsha is currently estimated at 1,483,000 according to population stat. This is a slight increase from 1,415,000 which Onitsha population was estimated to be in 2020.

Awka is the capital of Anambra state. It is a city that is dominated by civil servants. Awka population is estimated at around 700,657. As at 2006 Nigeria general census, population of Awka was estimated at 301,657.

Nnewi is one of the biggest and most populous cities in Anambra. The city is highly commercialized one known for sales and marketing of auto bikes and automobiles.

The population of Anambra State currently is based on projections.

This is also the case with most population index in Nigeria and states. The reason for this is because of the government inability to conduct census since 2006 when the most acceptable census took place.

Also, irregular registration of births and deaths in Nigeria makes it very difficult to get an accurate population in Nigeria.

Hence most population figures used in the country like the Anambra State Population is based on projection using growth rates obtained in the past.

As the country prepares for its next general census, we hope that Nigeria Population Commission, government agency official mandated with task of conducting head to head count of all Nigerians will leave up to its task.

This is by conducting an acceptable and thorough census that can be able to provide population figures that will be most reliable for states and Nigeria.