The university is located at Awka the capital of Anambra state south east Nigeria. 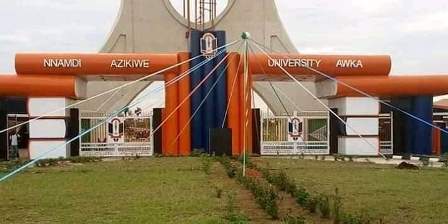 Often times, the newly admitted students are in dilemma of making a decision of which part of the city to live and settle while undergoing their academic programmes, perhaps some of these newly students are visiting Awka the city this noble university is situated at for first time, hence the decision of choosing which area to settle becomes a bit daunting.

There is no gain saying as it is obvious that student’s place of accommodation has a role to play in their academic performances.

It is worthy to note that every area chosen within the city have its advantages as well as peculiar challenges.

For newly admitted students who might found themselves in the above situation, this post serves as guide and provide you with information which you might put into cognizance before you reach decision of the best area to settle in Awka as student.

Good and secured places to live in Awka, Anambra state.

Nnamdi Azikiwe University has one of the best university hostels among universities in Nigeria.

These hostels are well equipped with modern facilities needed to aid the student’s settle seamlessly, ranging from good toilet facilities and bathroom to kitchen and common rooms.

These hotels are partitioned into big rooms which is meant to house four students per room.

However, the current university administration has proposed a change in the number of students to be contained in a room which will see the number reduce from current four students per room to three students per room, the implication is that students will enjoy more spaces and improved privacy.

As a student who loves sports, living in the university hostel will be like living in paradise as there are many sports facilities and pitches at the disposal for those who live inside the university.

On transportation, if you live inside the university hostel you will spend little or nothing on transportation depending on the distance of your hostel block to your classroom, however transportation within the school is relatively low and the shuttle buses are there to make your movements hitch free.

As a student who lives inside the student’s hostel, studying at night will be aided with availability of free class rooms at your disposal.

However, if you are student that loves night life, clubbing and late night parties, you might find it a bit difficult coping with living inside the university hostels as the university gates and movements are restricted as from 10 pm.

Also if you are student who hates communal life or loves privacy, then the university hostels are not for you.

This area is popularly called temp site. The reason for the name is simple.

It was the temporal site of the university before it moved to the permanent site at Agu Awka.

This is one of the busiest areas in Awka mostly populated by students, bachelors and working class.

Rents in this area is high because of the population found there as well as infrastructures found there too.

This is the area you will find the best hotels in Awka, restaurants, gyms as well as music studios. Awka best and hottest clubs can be found there too.

The electricity condition at tempsite is an improved one. Its roughly 15mins drive from the university.

However, if you are a student easily distracted by these noises and side attractions then you might have a rethink as this is one area in Awka that never sleeps.

Also if you are a medical student of Chukwuemeka Odumegwu Ojukwu university teaching hospital, Amaku, temp site would also be ideal as it is just 5min drive from the hospital.

Aroma is considered the center of the Awka city as it surrounded by government ministries, and parastatals.

Aroma is 10mins drive from UNIZIK. Good accommodation can be found at aroma as well as eateries such as Macdons, Diamond pizza etc.

Just as we have told you earlier that good accommodations can be found aroma, one disadvantage is that residential buildings are relatively low, hence the once available is highly expensive.

Ifite is a clan located immediately behind the UNIZIK compound and currently have the highest number of students for obvious reasons ranging from nearness to school, high number of private hostels, cost of rent is low compare to aroma and tempsite.

Ifite is regarded as purely student’s area hence many students consider staying where they could easily visit friends and course mates for leisure and academic purposes.

However, the condition of electricity in Ifite is poor compare to other areas at Awka, also some roads leading to some of these hostels located at Ifite isn’t a sight to behold especially when it rains.

Just like Aroma, government parastatals can be found at Okpuno.

Residential building can also be found too. Okpuno is 25mins drive from school. Okpuno is a blend of residents and indigenes of Okpuno town.

Some of the houses that can be found at Okpuno isn’t so wonderful and can be considered inferior when compares with Ifite and tempsite.

Amansea just like Ifite is a clan by immediate left of UNIZIK compound. It is where the popular youth village owned by catholic archdiocese of Onitsha is situated.

It is also near the university and students can afford to trek to school just like their counterparts living at Ifite.

Amansea is relatively cool and quiet area with green environment.

However, the electricity condition at Amansea isn’t wonderful and road leading to Amansea is a cause for concern during rainy season.

These are some of good and peaceful places to live in Awka as a student or singular.