Imo State in south eastern Nigeria is known for having high literacy level in Nigeria. 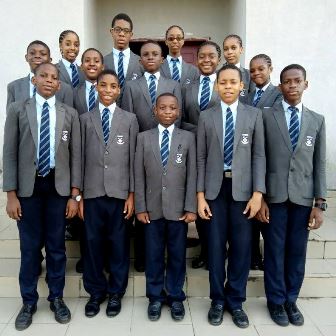 Government of the state has given priority attention to post primary education in the state.

There are secondary schools owned by government, those owned by church and some others operated by private individuals and group.

All secondary schools in Imo state falls under one of these three categories. Quality of secondary education in Imo state can be ascertained from the position of the state at performance charts for national examinations like WAEC & NECO.

The state has consistently maintained top 10 of best performers in national secondary schools’ examination in Nigeria.

This post will be significant to parents and guardians, also for stakeholders in education sector.

The school is owned by an arm of church known as Watchman Catholic Charismatic Renewal Movement.

Hence it is not Surprising that discipline is enforced to the core at Logos International School.

The school has in its ranks highly qualified teachers and tutors for quality academic output. At the secondary school, morals, academic excellence and discipline is highly regarded.

Pearlville school is a co-educational and all boarding secondary school where sound education is provided to students.

The school strive to nurture community of learners whose intellectual growth and character will prepare them for leadership and social service.

With qualified and supportive staff, students are guided towards critical and collaborative learning. The school has solid infrastructure and facilities for overall performance.

The school was founded in the year 2003 and has stood out among numerous secondary schools in state.

The institution is brainchild of Archbishop Obinna Anthony of Owerri Archdiocese. Seventeen years since its establishment, the school is still upholding its discipline and academic excellence values.

In 2005, the school moved to its permanent site and has been growing quality infrastructure and facilities.

For all round academic, spiritual and moral development of a girl child, Holy Rosary International College is there to give parents and guardians value for their money.

The school is located at Ihioma Orlu state. As the name implies, it is a secondary school for girl child.

The school took off as primary school until 2012 when it expanded to secondary division. The school is known for academic excellence and quality learning facilities.

The school started as nursery and primary school until 1998 when it metamorphosized into secondary school.

The school is also known as Alvana Model Secondary School. It is secondary school established and owned by Alvan Ikoku college of education.

It is one of the best secondary schools in the state with huge solid infrastructure and qualified teachers.

The institution was established in 1994. The school aim to uphold learning process for human capacity building and excellence in all facets of learning.

It is a secondary school managed by congregation of Sisters of Immaculate Heart of Mary, Mother of Christ.

The school was founded on 8th September 1998.The school is set up to impact students’ academic performance and moral values.

Baptist Model Secondary School located at Obinze Port Harcourt-Owerri road is a top secondary school in Imo state. It is an institution of cordial and contemporary learning.

Claret Academy Secondary School is a school established by Claretian Missionaries. The secondary school division of school was established in 2004.