Rivers State, a state in south-south geo political zone of Nigeria is one of the richest and most developed states in Nigeria. 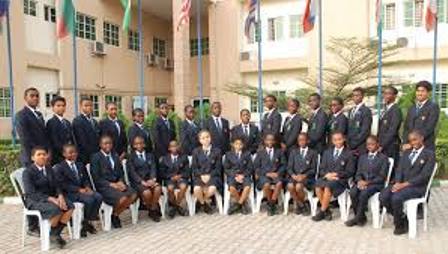 The state has recorded giants strides in infrastructure, security, agriculture, business and education.Port Harcourt, the capital of Rivers State is home to some of the best secondary schools in Nigeria.

Between the year 2006 to 2015, the government of the state decided to put private school owners out of business by investing aggressively in the education sector of the state.

In a bid to catch up with high standards put up by the Rivers State government, schools in the state both private and government owned, have been competing to outdo each other to top the chart of delivering the best secondary school education in the state.

Most of these schools are situated at Port Harcourt, the capital of the state.

These are schools that have stood-out from the rest in terms of academic excellence,morals,discipline and performances at national and international examinations.

Below is the list of best top secondary schools in Port Harcourt, Rivers State.

The co-educational institution is located at Port Harcourt. One of many qualities which makes Graceland stand out from pool of secondary schools in the state is their teacher recruitment policy.

At Graceland International school, they hire teachers with university degrees, each handling subjects which matches his or her qualifications.

The school, though established in 2001,has changed narratives with imparting quality knowledge and molding characters to produce a total Man.

Before now the school accommodated both boarding and day students until 2011, when the school transited to full boarding school.

The highly prestigious institution was founded by an educationist, Prof. Mrs. FN Obasi in the years 1996.The institution is highly connected to some international institutions of higher learning.

Located in a serene environment, the school prides itself on inculcating and indoctrinating morals, discipline and academic excellence.

The institution is a co-educational school. It runs both boarding and day system. At St. Mary’s Catholic Model High school, discipline marries academic excellence.It is one of the best schools around in Rivers state.

The school which began in 1983 was initially set up to carter for educational needs of expatriates working for Eastern Bulkcem Cement company.

Owing to its high quality standards, not long after, children of workers from other companies and walks of life enrolled into the school.

Today, the institution is one if the best secondary schools in Rivers state and have continued to provide quality international education and discipline to its students.

Greenoak International School is one of the leading institutions providing quality secondary and primary education to its students.

The institution is one of the leading schools in garden city. If you want to put your child on the part to success, then you should consider Greenoak International school.

Notwithstanding that this is a government owned institution, the school have been able to stand side by side with the best there is in the state.

The school boost of modern facilities and well-trained staff.

Jephthah Comprehensive Secondary School is brainchild of Mrs. Ifeoma Chukwuogo. It was founded in the year 1995.

Address of the school is km 4 east-west Rd, Mgbuoba, Port Harcourt. Since its formation, the school has not relented in providing quality Christian education.

The school also pride itself in skills and physical development of its students.

At Trinitate, students are trained to achieve their potential through instilling in them academic excellence, discipline and fear of God.

The school also boost of quality infrastructure and staff for overall growth and best performance.

Often regarded as the most innovative secondary school in Port Harcourt, Bloombreed High School has put its name in the league of best secondary schools in Rivers state.

The institution is located at 17 Boskel road, Umurolu, Port Harcourt. Since its establishment in 1998, the school had grown tremendously and now operates both day and boarding systems.

The school offers students smooth and stable transition in their academic journey. The school operates two campuses and have won some national competitions like the Loya milk secondary schools quiz and sports championship.

This is another top best secondary in Port Harcourt and Rivers state by extension.

The college is situated on a large expanse of land in town of Aluu.

It is manage by the society of Jesus popularly known as Jesuits.

It is one of the secondary schools in Port Harcourt where cultism and bullying is highly prohibited and not condoned.

Their academic activities are excellent and will bring out the best in every child.

The academic institution is one of the best mission and catholic schools in Port Harcourt Rivers state.