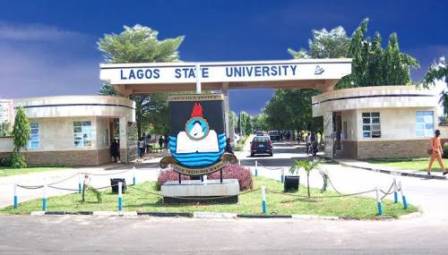 Most states now have state government owned universities, polytechnics, colleges of education etc. These tertiary institutions also help accommodate teeming potential undergraduates who may not be opportune to be admitted into federal universities as a result of competition and other criteria.

According to (NUC) Nigeria University Commission, there are 38 State universities in Nigeria. Though private universities abound, but most of them are very expensive and can only be afforded by the rich.

However, with improvement in infrastructure as well as quality of lecturers, today state universities are becoming attractive to Nigerian students. For most Nigerian students, their major reason for preference of federal university over state ones is just the disparity in tuition fee.

The tuition fees for state owned universities especially the ones located in southern part of Nigeria is high when compared to the federal universities.

From pool of 38 State universities, we shall be enumerating the best 10 among them. Factors to be considered includes infrastructure, performance at accreditation, quality of staff among others.

The tuition fee for ESUT ranges between 124,900 to 104,900 depending on your level. In ESUT, the higher you move up in levels during your academic programme, the cheaper your tuition.

Technology for service is the motto of the university. ESUT operates dual campuses located at Agbani and Enugu town.

ESUT has nine (9) faculties which comprises of:

RSUST is located at Nkpolu Oroworukwo, Mile 3 Port Harcourt. The university boost staff and student’s strength of 1,870 and 29,939 respectively.

In RSUST, tuition fee is paid based on indigene and non-indigene status. Students who are indigenes of Rivers state pay less while those from other state pay more.

For newly admitted students, the tuition fee is 70,000 to 120,000 depending on your course of study and status.

For old students, tuition fee is between 55,000 to 110,000 depending on your course of study and indigene status.

The university has ten (10) faculties which includes:

Tuition fee in DELSU ranges between 57,300 to 85,000 depending on your level and indigene status. DELSU also offers pre degree, degree and post graduate programmes.

The university was established in the year 2002 and run 3 campuses of Uli, Igbariam & Awka. The main campus of the university which is Uli is the site of former Anambra state polytechnic.

The Igbariam campus occupies the site of former college of agriculture. The Awka campus which is where college of medicine is situated is located at Amaku.

Ten (10) faculties which the university operates are

Ladoke Akintola university is owned by two states, Osun and Oyo states. The university runs two (2) campuses with one in Ogbomosho and another at Osogbo.

It is one of the state universities in Nigeria with an improved and quality infrastructure especially Osogbo campus. It is named after a Nigerian patriot Ladoke Akintola.

The university boost of student population of about 20,000 students. Tuition fee for students is 140,000 for indigenes of Oyo and Osun and 170,000 for non-indigenes.

Ogun state university is named after Olabisi Onabanjo who was one-time governor of Ogun state.

OOU was founded in 1972 and was called Ogun state university as at that time until 2001 when it was used to immortalized chief Olabisi Onabanjo.

The students of OOU is estimated at 50,000 students. Over 95% of the university academic programmes are NUC accredited.

Tuition fee for the university is between 77,000 to 190,000 depending on your course of study. The university also run a pre degree, degree and post graduate programmes.

Ambrose Ali university is Edo state owned university which was named after former governor of the state professor Ambrose Ali.

As at the time of establishing the university, Edo state is known as Bendel state. The university was established in 1981.

In the past cult activities was on the rise in the university until the efforts of the Edo state government helped put the ugly situation under control.

The university tuition fee is based on students course of study and its pegged at between 97,750 to 161,500.

The university is located at Okitipupa. The university took off on januray,2011. The school fees for OSUSTECH is between 70,000 to 200,000 depending on your level and indigene status.

However, academic activities officially took off on May 2007 in the university. PLASU is relatively a young university and is making high improvements in infrastructure and academics.

The university has four faculties namely:

It is important to note that tuition fees of these universities is subject to changed and amendments as the university management reserves the right to either increase or reduce these fees.

Also, as the population of the universities increases, joined with increase in researches, the university is bound to also expand and grow. This being the case, the number of faculties will also continue to multiply.