Anambra State of Nigeria has many top politicians that has distinguished themselves and held top political positions in the country. 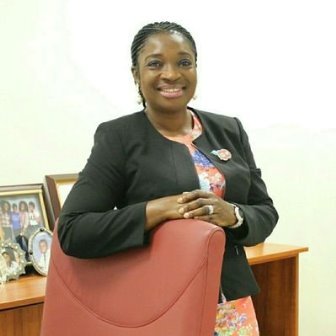 It is on record that in 2017, Anambra State made history by becoming the first state to have over 70 candidates jostling for Governorship position of the state.

The state was once described at the only state to produce four governors in four years. It is also on record that Anambra is the only Nigerian state to have produced a female governor.

All these events show high political consciousness in the state. In this article, Nigerian Informer have decided to x-ray top 5 biggest politicians in the state from pool of thousands of political stalwarts that can be found in the state.

Here we are looking at politicians that commands huge fans and supporters base. Also, political offices contested and won and national outlook.

Peter is the face of southeast politicians. He is regarded as the biggest and most credible politician from not just from Anambra State but the entire southeast geopolitical zone.

The former governor of Anambra State is being tipped and seen as the only realizable link to Igbo presidency.

The soft-spoken gentleman is the first governor to serve double terms both in old and new Anambra State.

Despite leaving office almost eight years ago, the renowned entrepreneur remains very popular in the state and Nigerian political sphere.

Dr. Chris Ngige once described himself as GSM which stand for: Governor, Senator and Minister,a feat not so many politicians in Anambra State has and will achieve.

Despite being booted out of office in 2006 as governor of Anambra State, The Alor native politician is still very close to the hearts of many Anambrarians.

The current minister of Labour and Productivity is the arrowhead of All Progressive Congress (APC) in Anambra State.

By the level and political offices, he has attained in Nigeria political arena, Dr Ngige is one of southeast biggest Politicians and not just Anambra state.

Many people are tipping him to give one more shot at the governorship position of the state, will he? time shall tell.

Not so many politicians from Anambra state have moved to Nigerian Senate after eight years at house of representatives.

The Nri native politician despite being booted out of the upper chamber after some years at his first senatorial journey, made a stunning and strong come back, when she clings the Anambra Central Senatorial seat in 2019.

There is no doubt that the pretty Senator commands huge supporters in and outside the state. She is one of the five biggest politicians in Anambra State.

To move from ministerial position to Nigerian Senate for two terms is not an easy political journey to achieve in Anambra State.

This feat, Stella Odua has achieved with ease. The Ogbaru Princess is a very popular political giant especially in Anambra North senatorial district.

Despite the political storms that befall her prior to 2019 general elections, she weathered the storms and was reelected to the Nigerian Senate.

Name one Anambra politician to have scored HOR hat trick and remained at house of representatives for 12 years and counting, we will wait.

This is a record held by Lynda Ikpeazu representing Onitsha North and South Federal constituency.

The down to earth lawmaker is unmatched in her constituency. She is tipped to give a shot at Anambra North Senatorial seat in nearest future. How will it pan out? time shall tell.