Who is Dr. Godwin Maduka

Dr. Godwin Maduka is a 57-year-old Nigerian US based doctor renowned for his great philanthropy and love for the downtrodden. 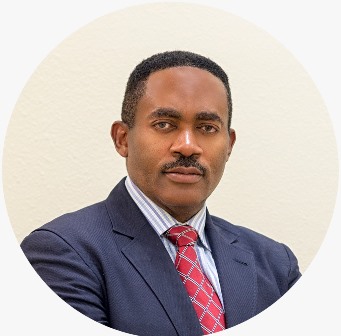 Dr. Maduka who hails from Umuchukwu, a town in Anambra State is the CEO and medical director of Las Vegas pain Institute and medical center, one of US largest pain treatment center located in Nevada.

Dr. Godwin has a degree in Chemistry from Rust College, degree in Pharmacy from Mercer University Pharmacy College and a degree in medicine from university of Tennessee health science center.

He also attended great Harvard University Medical School Boston, where he acquired more knowledge in the field of anesthesiology during his residency and post graduate training.

The philanthropist doctor has one of the US biggest and best pain treatment centers and over 80 staff to his employ. He also consults for top health centers in United States and Europe.

The actual worth of Dr. Godwin Maduka is not yet known officially. However, he owns some property worth millions of US dollars.

He is regarded as one of the greatest philanthropists in Nigeria who is always ever ready to reach out to his people.

He has built over 50 bungalows for widows in his Umuchukwu hometown, with other multi-million projects for the benefit of his people.

Dr. Godwin Maduka is happily married to Stella Godwin Maduka with five (5) children. The US based doctor in an interview told how his wife has always been his backbone,source of inspiration and support.

He also revealed that he grew up in his hometown of Umuchukwu with an agrarian mother and native doctor father.

He keeps close to heart his early village life and narrates how he joined masquerade group in his town.

Dr. Godwin Maduka has put Umuchukwu town on the world map through his philanthropy.

The only seventeen-storey (17) building existing in Anambra State and entire south east is situated at Umuchukwu town and built by the pain specialist.

Hopes has been kept alive and dreams coming true in the small town of Umuchukwu and environs because of Dr.Godwin’s kind gestures.

He has built over 50 bungalows for widows within the town, a market, health centers. Also, post office, police post and schools has been built by the billionaire doctor.

He has also donated generously to christian faith, having built duplexes for Catholic and Anglican priests in the community as well for the king of the town.

One of his biggest philanthropy and achievements was building of ultra-modern state High Court and Civil Defence barracks single handedly.

He has sponsored numerous scholarship programmes and empowerment programmes.

He also has four-storey building hospital and 5-star hotel known as Lion of Africa Resort.
These are few of his numerous philanthropic gestures and achievements.

Dr. Godwin Maduka had been presented to with numerous awards and recognitions for his philanthropy and medical achievements both in Nigeria and beyond.
Some of his awards include:

There exist few persons with large heart like Dr. Godwin Maduka. A man with great love for his people and town.

Already rumors are on air that Dr. Godwin will end up at Agu Awka, the seat of Anambra State government as governor of the state someday.

He was recently spotted at Anambra State Peoples Democratic Party NEC meeting. Will this come to fruition? Only time shall tell.