Zubby Micheal is one of Nigerian top male actors in Nollywood, Nigerian movie industry. Zubby Micheal Egwu who hails from Anambra state was born and raised in Yola, Adamawa state. 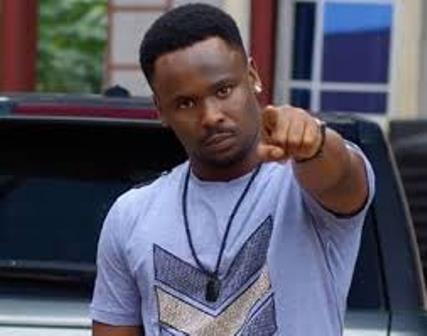 He is a native of Ozubulu in Ekwusigo Local Government Area of Anambra State and was born in 1985.Upon completion of his primary and secondary education at Adamawa state, he proceeded to prestigious Nnamdi Azikiwe University Awka where he obtained BSc in Mass Communication.

Before moving into Nollywood industry, Zubby revealed in one of his interviews that he had to quit his business at Onitsha to pursue a career in movie industry.

Zubby Micheal was brought to lime light with his breakthrough role in a movie titled “Three Widows” where he starred alongside side top Nigerian actress Oge Okoye in 2006. Since the Three widows’ role, Zubby has featured and starred in many Nigerian movies.

The tall handsome actor is currently one of top male actors in Nollywood. Micheal is renowned for his hitman & villain roles in movies. However, he does perform other roles other than villain but most fans love him for the hitman role.

Zubby Micheal is a close confidant of Onitsha based popular prophet, Chukwuemeka Ohanemere aka Odumejeje. The lively actor has been severally spotted with the prophet in his place of worship and in clubs.

However,on May 2020, he infamously called out his detractors specifically Tunde Ednut for promoting and saying that his fame and wealth came from the Onitsha based radical prophet, Odumeje who he described as just a friend.

Zubby Micheal is one of many Nigerian actors with heart of Gold. He resides in his mansion located at Asaba, Delta state.

On many occasions, he has been seen spraying cash in occasions, streets and church. With his experience in the Nollywood industry, Zubby apart from acting also directs and owns production.

After ending his relationship with Mary Okoye, younger sister of the Nigerian music icons Psquare, the actor have kept his romance life secret and off the media.

On October 2019, Zubby Micheal was appointed special assistant to governor of Anambra State on media. Since his breakthrough role in 2006, the young actor had starred in over 150 productions.

After his lead role in a production titled “Eze ndi ara”, the actor became well known and fondly called and referred to with the title “Eze Ndi Ara”. Some of movies he have starred in includes: Eze Ndi Ara, The Generals, Above Implications, Royal Storm, Mama Gee Goes To School and The Return of Eze Ndi Ara among numerous other movies.

How rich is Zubby Michael? Lets find out in this part of the post.

With his increased presence and influence in Nollywood industry, joined with his political engagements and endorsements, the actor’s bank account has been getting fatter. His net worth is estimated at $300,000.