How Rich is Bola Tinubu

The net worth of Bola Tinubu is not easy to ascertain owing to factor that he is a Nigerian politician. 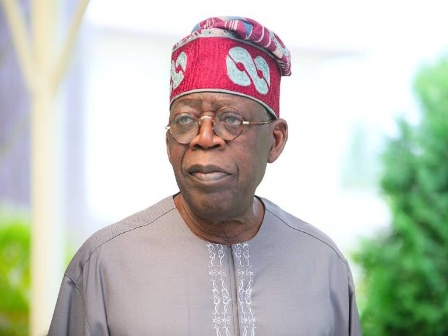 Bola Tinubu is a renowned Nigerian politician and entrepreneur.

The veteran politician holds title of Jagaban of Lagos.

He is a former Lagos state governor, senator and founding member of Nigeria’s ruling party, All Progressive Congress (APC).

Bola Tinubu who now calls Lagos home was born in 1952 in Osun state.

He is a native of Osun state, but built all his career in Lagos state.

The graduate of accounting from Chicago University is married to Senator Remi Tinubu.

He is a father and grandfather. Bola Tinubu is credited to breeding most of current crop of southwest politicians ie top Yoruba politicians in Nigeria currently.

He is also an entrepreneur and business mogul who owns some of the nation’s top firms in different sector.

In this post, we will talk about Tinubu’s companies and investments in Lagos, Tinubu religion and his net worth.

Bola Ahmed Tinubu is estimated to worth around $5 billion.

This includes all his incomes, assets and investments.

In 2017,when accused of interference in Osun state politics and governorship elections, it was alleged that Tinubu debunked the claim stating that the state isnt buoyant enough to attract his interest.

In build up to 2015 general elections, two bullion vans, vehicle usually used by banks for cash movement in Nigeria was spotted making way into his mansion.

When rumors of money laundry hits the media, Chief Tinubu, debunked it, stating that he is a successful businessman.

This proves how wealthy and rich Tinubu is in Nigeria.

Though Tinubu true net worth is difficult to figure out, he is one of the richest politicians and men in Nigeria and Yorubaland.

Most of his businesses and companies are based in Lagos Nigeria.

Tinubu is alleged to own top companies and firms.

Though some of these companies we could not truly verify its ownership status.

Not so many people are aware of Bola Tinubu’s religion belief.

Bola Tinubu is a born Muslim and is still practicing the religion.

Interestingly, Tinubu’s wife religion is different with that of her husband.

While Bola Tinubu is a Muslim, his wife Remi Tinubu religion is Christianity.

Many has hailed this as Tinubu high regard for religious tolerance.

Is Tinubu from Lagos state or Osun state.

This has been a lingering question among so many people who are trying to understand the profile of the top Nigerian politician.

Bola Tinubu’s state of origin in Nigeria is Osun state.

Though he migrated and settled in Lagos. This is very popular in Southwest.

Most Lagos state based politicians actually has their roots traced to some other core Yoruba states in Nigeria.

So the state Bola Tinubu hails from in Nigeria is Osun state, though he now calls Lagos home.