Shelter is a very important need of man. Daily, people engage in intra state travel and relocation in Nigeria. 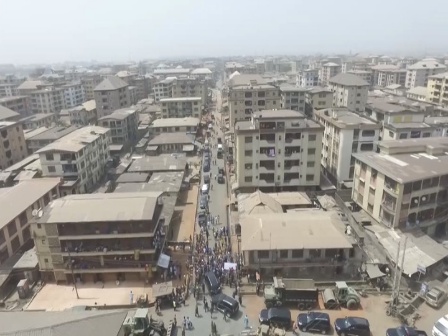 Facts has shown that majority of internal immigration in Nigeria happens in southern Nigeria.

One of the major issues people tend to sort out before moving to new city or state is the cost of rent in the Nigerian city.

With the level of standard of living in Nigeria, one would think that cost of rent in Nigeria major cities should be fair and cheap.

This is not the case however as house rent cost across major cities in Nigeria are some of the biggest in the world.

Anambra state is a very significant state in Nigeria for many reasons.

It is the state with biggest open market in west Africa and state with lowest poverty rate in Nigeria.

Type of houses found in Anambra State are some of the most modern in Nigeria.

While Onitsha is the major commercial nerve of the state, Awka is the seat of Anambra State government.

Lets read down and find out how much rent costs in Awka and Onitsha.

Cost of House Rent in Onitsha

The current cost of house rent in Onitsha will leave many jaw dropping.

Onitsha is the most build up city in Nigeria. The highest number of tall buildings in Nigeria can be found at Onitsha.

Perhaps this played a role in the cost of rent at the Onitsha city.

Also greater parts of Onitsha are markets and full of economic activities.

Majority of type of apartment in Onitsha are 3 bedrooms flats / apartments.

The cost of rent at Onitsha is relatively cheap when compared with major cities in Nigeria.

Am not sure there is any other first class city in Nigeria where rent is this cheap.

Also, there is a good access road and some good and decent houses at Fegge Onitsha.

The cost of rent at this parts of Onitsha are cheap and affordable.

It is not pattern of accommodation so popular in the city.

Cost of House Rent in Awka

It is of interest to many to seek the cost of rent at Awka, Anambra State capital.

This because, Awka is the state capital and greater population of its inhabitants are civil servants.

Also, 3 major universities in the state, are situated at Awka.

Ironically, the cost of house rent at Awka is higher than those of Onitsha.

The expensive rents at Awka can be said to be on par with those of top capital cities in Nigeria.

Nevertheless, those slightly below or above the price can be found in and around the city.

The cost of self contained room at Awka is on average of N150,000 per year.

Also, there is a slight shortage of flats in Awka compared to Onitsha.

Because of the teeming population of students in the city, most estate investors and developers in Awka focus more on developing of self contained rooms apartments.