Enugu state and its capital Enugu, is one of the best and most beautiful places to live in Nigeria. 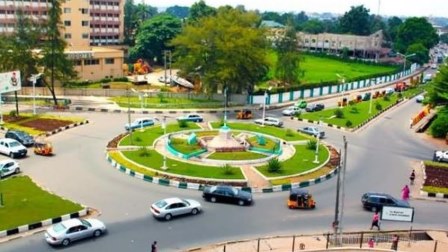 However, the cost of house rent in Enugu is not cheap.

The capital of Enugu state which is Enugu is the most developed and most populated city in Enugu state.

One of the major things people consider before moving to live in Enugu is Enugu house rents cost.

Enugu is a very beautiful and peaceful city. It is the city with highest number of elites and politicians in southeast Nigeria.

House Rent in Enugu varies according to the neighborhoods.

Standard of living and amenities are some of the major factors that determines how much house rents costs in Enugu state.

Most newly moved in residents in Enugu can sometimes find it a bit tough getting desired apartments in Enugu.

This is because of the ever increasing number of residents in the city owing to certain factors like high cluster of institutions of higher learning and federal government Secretariat in Enugu city.

In this post, the major issues to be discussed is house rent in Enugu state.

Specifically, we will be talking about the cost of renting apartments in Enugu state.

This includes cost of flats, self-contained room and single room in Enugu state.

The cost of renting house in Enugu and Nsukka will form our major talking point in this article.

Also, they are most populated places/areas in Enugu state.

Most people moving into Enugu state ends up in one of these tow cities.

This is why we will center out cost of House Rent in Enugu to these places.

Cost of House Rent in Enugu

House Rent cost in Enugu, the state capital is the most expensive in Enugu state.

While there are some luxurious neighborhoods in Enugu, there are also exist low income living areas.

Some of the most luxurious and choicest places in Enugu are Independence Layout, GRA, Ogui Road, Trans Ekulu, New Heaven etc.

The average cost of renting 3-bedroom flat in Enugu is N600,000 per annum.

However, cost of renting house in some less luxurious part of Enugu can be gotten cheaper.

Cost of renting self contained room in these part of Enugu cost around N180,000 per year.

The cost of renting single room at this part of Enugu cost around N60,000 per year.

Cost of House Rent in Nsukka

House rent in Nsukka is relatively cheaper when compared to Enugu.

Also, self contained rooms are very much available in Nsukka.

For those who might be in need of renting single room at Nsukka, many are readily available too.