It is the dream and goal of every artiste to drop a hit song, that the world’s going to listen to. 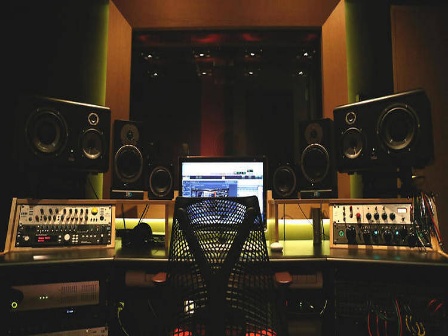 But as much as you want this, it is dependent on many factors, like your producer.

In this article, you’ll discover how much it cost to produce a good song in Nigeria and alongside you’ll find the best producers in Nigeria.

The producer is the main factor in producing a good song, except a singer has producing skills in himself, he most likely won’t make a completely good without the magic of a good producer.

The cost of music production depends on the enlisted factors.

Artist Capacity: The greater your capacity, financially and influence-wise as an artist, the bigger the producers you’ll work with.

most times big producers are really good and make great pieces of music.

The Producer: A big producer is a master at what he does, due to his exposure to numerous jobs, he understands the pros and cons of good music.

Therefore, working with a famous producer, regardless of the price will ensure that your music comes out fine.

The following are the top-rated producers in Nigeria and how much they charge to record a song.

He likely charges nothing less than a million naira to produce a track.

However, Don jazzy is more of an in-house music producer as he produces more for his record label, Mavin Records.

Oluwaseyi Akerele (a.k.a. Shizzi) is a Nigerian record producer and songwriter.

He won music producer of the year in the year 2015 at the Nigerian Entertainment Awards and also got nominated for various awards ceremonies in the year 2012, 2013, and. Currently, Shizzi charges a fee ranging between N400,000 and N500,000 to produce a song in Nigeria.

Kel P is known by most people to have produced a lot of songs for Burna Boy, he also features for other artists not just Burna boy alone e.g Phyno. He charges 1 million for audio music production.

He is a Nigerian record producer, musician, and DJ.

He has produced for artists like Davido, Olamide, Orezi, and Cynthia Morgan, among others.

He is acclaimed to have produced Orezi’s award-winning single titled “Rihanna”. He doesn’t charge less than N 500,000 per song.

He’s a handyman when it comes to creating hit music.

He is well known for his intro phrase “itz Killertunes!”, he has produced several hit songs which include BOBO by Mayorkun, MOTIGBANA by Olamide, and many more.

He charges about a million Naira for audio music production and mixing.

His studio is a good music studio to produce new songs in Lagos as upcoming artist.

This one of the best song and music producers in Nigeria.

Masterkraft is renowned for producing some of the biggest hits songs in the last decade.

His reputation as one of the best song producers in Nigeria is backed by having worked with Flavour, Bank W, Timaya etc.

How much Masterkraft charge to produce a song in Nigeria is around N1.5 million.

To record and produce a song in Young John music studios in Nigeria will cost around N2 million.

He is very popular in Nigeria music scene having closely worked with YBNL owned by Olamide.

This another good and top best music producers in Nigeria you can record your song with.

Spellz whose real name is Benjamin Obaze has worked with Nigeria music legends 2 face and MI.

He one of top best performing music producers in Nigeria.

To record a song in Nigeria will cost above N500,000 with Spellz, one of the best music producers currently.

Fresh VDM is one of the good music producers in Nigeria who can help record songs for upcoming artists.

He is one of the biggest music producers in Nigeria having worked very much with Davido producing tracks like FIA, ADA etc.

Recording and producing a song with VDM will cost around N1 million.

He sure does not disappoint in making new songs hits jamz.

Sarz is no doubt one of the most respected music producers in Nigeria.

It will cost over N1 million to have your song or music mixed and produced by Sarz.

He is one of the legend music producers still in the game. Sarz has worked with Wizkid.

Sarz music studio in Lagos is one of the most enqipped music studios in Nigeria where one can record hit songs.

End Note on Cost of Producing Songs in Nigeria

Truly, some producers would charge less for producing and promoting your music.

A saying goes “cut your coat to fit your size”, this means it is not a must that you pay a large amount when you know you cant afford it.

Just be original, and luck will come your way. Some music studio will charge as low as N100,000 to have your song recorded and mixed.

So, it’s all about how much you have for your music project and the type of studio and producer you would like to have your song recorded with.

Thanks for taking the time to read through the article. Please remember to share, and drop a comment below.