In this post, we bring to you the current net worth of Davido, one of Nigerian’s and Africa’s richest afrobeat singers. 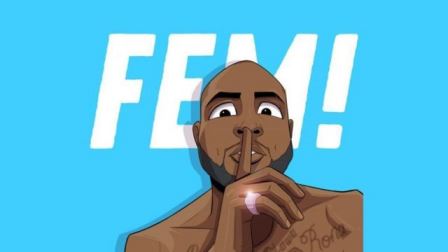 Currently, Davido net worth 2020 is around $16 million. This net worth makes Davido one of the richest and most successful Nigerian musicians.

Davido was born David Adeleke on 21 November, 1992 to the family of Adedeji & late Vero Adeleke in Atlanta, USA.

Davido’s father, Deji Adeleke is business tycoon while his late mother was a university lecturer.

The top Nigerian music artist had his early education in Lagos before attending Oakwood University in USA to study business administration.

While in University at USA, Davido found passion in music and would later relocate to London to advance his music career and also leaving behind his education.

In 2011, after Davido returned to Nigeria, in a bid to honors his father’s wish that he must possess a university degree, Davido enroll in Babcock University, a top private university in Nigeria.

That affected the growth of his music career. In 2015, the popular Nigerian singer graduated with a degree in music after davido’s dad paid the university to start music department.

The singer is a father of three (3) children from different women.

Davido was brought to limelight with the release of his first song and single “Dami Duro”.

The single topped music charts for months across Africa.

Traditionally, Davido is married to his friend and fiancé Chioma who he met at Babcock University.

The love birds has their wedding slated for July, 2020 canceled as a result of COVID-19 pandemic.

In an interview with popular presenter and show host, Ebuka, Davido noted that his wedding will take place in 2022.

How Much Davido Charges Per Show

The music artists is one of the biggest entertainers in Nigeria and Africa.

According to popular income rating company, Forbes, Davido Net Worth is estimated at whooping $16 million.

The popular music artist in addition owns a YouTube channel with over 15 million views.

He has also bagged endorsement deals with some of the biggest and richest companies in Nigeria like MTN and Access Bet.