He is a native Agulu, a town in Anaocha local government area of Anambra State.

The popular pharmacist is one of Nigerian’s most successful Pharmacist and an entrepreneur. Juhel Nig. Ltd is a conglomerates made up of a pharmaceutical company, oil and gas and beverage company. 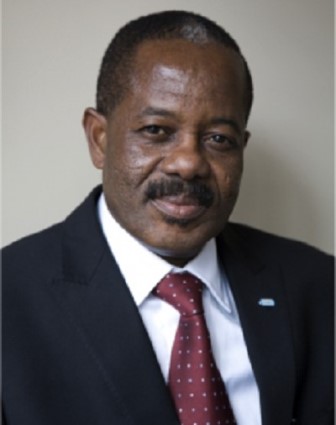 He also holds MSc and PhD in pharmacy technology and industrial pharmacy respectively. In 1982, dr. Eric Okoye had his NYSC in Rivers state after which he joined an American pharmaceutical company Upjohn Nigeria Ltd.

After much working experience, in 1987 he founded Juhel Nig. Ltd.

In December 1988, the then military governor of Anambra State colonel Robert Akonobi commissioned the factory as the first tablet manufacturing company in the state.

In series of interviews, the renowned pharmacist recalled how he started production under one room at Tran Ekulu Enugu and how far the pharmaceutical company has blossom to a pharmaceutical giant in West Africa.

The headquarters of Juhel Nig. Ltd is located at Emene Enugu state with over 3000 employees.

In 2010 the then president Goodluck Jonathan commissioned Juhel parental plant facility in Awka where drugs which are not taken through the mouth is produced.

Dr. Eric Okoye is instrumental to the establishment of Nnamdi Azikiwe pharmaceutical sciences campus in his home town of Agulu, in Anaocha local government of Anambra State.

Eric Okoye holds numerous awards and have been appointed into boards of many government establishments and parastatals like Federal polytechnic Oko, Standard Organizations of Nigerian (SON) and member board of trustee UNDP assisted human right development fund in Anambra State.

Eric Okoye is married to pharm. Amaka Okoye and the marriage is blessed with children.

He is a chieftain in his home town Agulu and a devoted catholic who belongs to knight of St. John international.

He has sponsored and supported both human and infrastructure development within his Town. He has continually supported agricultural development by doling out both cash and other gift items to farmers with the best produce within his home town annually.

On 9th December 2010, he was on the news for a sad event, having been kidnapped on his way to Sam Mbakwe airport, by unknown gun men. After a combined effort of police and military personnels he was freed.

He is highly diversified and also involved in other sectors aside pharmaceutical prodution.

He owns Juhel oil Nig. Ltd, an oil and gas company, he is also owns beverage production firm. One of his popular products is Ivy table water.

He was conferred with national honor officer of the federal republic (OFR) by President Goodluck Jonathan.