There is no doubt that since its inception in 1950s, World Wrestling Entertainment (WWE) has become one of the global most watched sports entertainments. 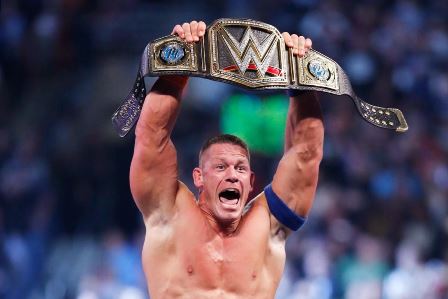 Popularity of the show keeps growing like a wildfire with the show broadcasted in over 150 countries.

World wrestling Entertainment (WWE) has millions of viewers across the world with likes of John Cena, Undertaker, Roman Reign and C M Punk as some of its most popular superstars.

In this write up, we will be discussing some intriguing facts about WWE.

WWE Is Tied To McMahon’s Family

The McMahon family alongside their son In-law Paul Levasque popularly known as Triple H owns up to 70 percent shares of the wrestling company.

WWE Was Originally Known As WWF

After another court case in 2002, which has to do with a breach in the use of WWF acronym, the wrestling company transformed to World Wrestling Entertainment (WWE).

One of the WWE biggest superstar, John Cena holds a record of most WWE title won by a superstar.

He has an impressive 17 championship victories. He also holds a record of eight straight WWE titles.

President Donald Trump Is A Member Of WWE Hall Of Fame

The current US President, Donald Trump is not a wrestler or a WWE superstar. However, President Trump has been spotted in many WWE shows and events.

One of his properties, Trump Plaza has played host to some of the WWE events. In 2013, Trump was inducted into WWE hall of fame by Vince McMahon the company’s CEO.

No More Blood In The Show

Before 2008, the entertainment was more brutal with superstars allowed to continue wrestling while bleeding. However, since 2008, WWE banned performers from bleeding in the ring.

Unlike other sports events, WWE does not have an off season. The shows run all through the 52 weeks of the year, with the superstars performing week in week out.