Former Swedish striker Zlatan Ibrahimovic is back at AC Milan for a second spell. Zlatan is one of world most egocentric and deadly finishers in football game. 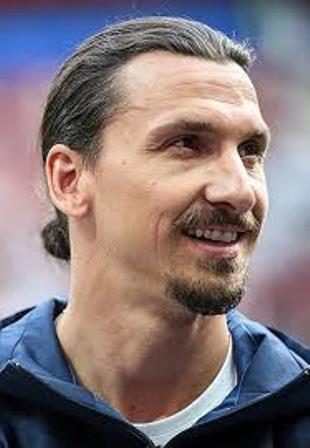 During his time at Inter Milan, he was nicknamed “Ibracadabra” by Jose Mourinho who was Inter Milan manager at that time. Zlatan Ibrahimovic is regarded as one of world most deadly strikers and has had a nomadic career which saw him play across Europe and in United States.

He is one of world most decorated players and have played for some of world and Europe biggest clubs namely Barcelona, AC Milan, Inter Milan, Juventus, Ajax and Manchester united.

The Swedish born striker is one of world most popular footballers and Nigerian Informer will be stating ten facts about the player which football fans would be happy to know about.

10 Things You Should Know About Zlatan Ibrahimovic

Zlatan Ibrahimovic Is Currently One Of Oldest Professional Footballers In Europe

Most soccer fans will be in shock and disbelief when they realise that Zlatan is 38 years old. This is mind blowing because even in 38, he is still scoring goals and changing games.

The Swedish born attacker was born in the year 1981.AC Milan will hope his second stint will help resuscitate a team at one of its lowest points.

Will this be the case? Time will tell. Serie A defenders beware Ibracadabra is back.

His Only Friend In Football

Zlatan Ibrahimovic played alongside some world soccer greats and wonderful personalities. He played alongside likes of Messi, Iniesta, Buffon, Micheal Carrick, Maxwell and host of other players.

Among these great personalities it will be hard to guess who is Zlatan’s best friend. However, his best friend in football is his former teammate at both Barcelona and Paris Saint Germain.

He is no other that Brazilian born Maxwell Andrade who also shared dressing room with Ibrahimovic while playing for inter Milan. This Zlatan confirmed in an interview.

His Career Is Not Without Controversies

During Zlatan’s spell at Barcelona, he threatened to beat up Pep Guardiola if he didn’t let him join AC Milan.

While playing at AC Milan, he was involved in a fist fight with teammate Oguchi Onyewu in a training ground burst up.

During his career with  PSG at France, he described the country as shit country during an interview. In 2011, Antonio Cassano was kicked in the face while talking to reporters by Zlatan Ibrahimovic.

He was also involved in controversial incidents while representing his country Sweden.

Zlatan alongside Juventus veteran goalkeeper Gianluigu Buffon were two players to make most appearances in European top club competition without winning it.

The case of Zlatan is more surprising as he has played for Barcelona, AC Milan, Inter Milan and Juventus without winning the champions league.

Things hasn’t gone as expected for Zlatan while representing Ajax and the club was open to send him out on loan.

The saints showed interests and while the deal was about to go through, Zlatan pulled out and refused to move to Southampton.

Ibrahimovic’s Greatest Footballer Of All Time

Having played and witnessed an array of football greats and talents, it wasn’t surprising when Zlatan declared that who he regards as greatest footballer of all time is Brazilian born Ronaldo Delima.

He Had Difficult Childhood & Upbringing

With split of Zlatan’s parents, his upbringing wasn’t an easy one. During his childhood, he was always in police net for shoplifting, bicycle theft or throwing bricks off the building.

He Was Eligible To Represent Two Other Countries

His parents were immigrants to Sweden. Zlatan was born and raised in Sweden making him eligible to play for Sweden.

He could as well have played for Croatia or Bosnia-Herzogovina. Which were countries of his mum and dad respectively.

Got mouthwatering Deal At PSG

Playing for PSG got Zlatan’s bank account bigger and fatter. He annually earns €11.3million after tax. In other words, PSG was parting with €412, 000 every week to keep Ibrahimovic in Paris.

His Name Is In Swedish Dictionary

Zlatan is revered at his home country Sweden and his name Zlatan can be found on Swedish dictionary which means to dominate or do something with extreme talent.