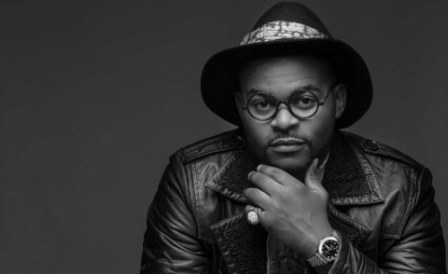 Falz has also made fortune through record sales and is one of the richest and hottest rappers in Nigeria currently.

Falz $5 million net worth comes from his lucrative endorsements, music show and appearance as well as albums sales.

Falz was born Folarin Falana on October 27th, 1990. He is a Nigerian music rapper, song writer and actor. Falz took off his music career while in secondary school after forming a group called “The School Boys” with his friend.

By the year 2009, Falz musical career kicked off professionally. He was brought to limelight by his popular single “Marry Me” featuring Poe and Yemi Alade.

He has since gone ahead to set up a music record label known as Bahd Guys Records. Falz debut album hit the airwaves on 2014 titled “Wazup Guy”.

On 2015, followed his second music album tittled “Stories That Touch”. Falz success music story continued in 2017 and 2019 with the release of his third and fourth studio albums titled “27” and “Moral Instruction” respectively.

Falz was born in Lagos to renowned lawyers and human right activists Femi and Funmi Falana. His father, Femi Falana is one of the most popular lawyers in Nigeria and is a senior advocate of Nigeria.

Falz is a professional lawyer and was called to the bar in 2012 after graduating from the Nigeria Law School in Abuja.

He moved to United Kingdom precisely the University of Reading England and graduated with an LLB honors degree in Law.

On May 2018, Falz was engulf in controversy with release of a single titled “This is Nigeria” a Nigerian version of Childish Gambino’s “This is America”.

The song highlighted the ills of Nigerian nation. Months later, the song was banned by Nigerian Broadcasting Commission (NBC) who labeled the song a vulgar song.

Falz disagreed with commission and sue the regulatory body for N100 million. In October 2020, Falz and another top Nigerian musician, Runtown led a street protest against police brutality in Nigeria.

The protest would later become a movement that triggered chaos across the country and led to extensive police reform and end to a special Nigerian police unit known as SARS.

The talented Nigerian rapper has picked up many nominations and awards as result of his incredible musical exploits.

On January 2, 2014, Falz was listed in tooXclusive’s “Artistes To Watch in 2014”. He was nominated in the “Best Collaboration of The Year” category at the 2015 Nigeria Entertainment Awards for his chart-topping single “Marry Me”.

The law graduate was also nominated for the “Best Rap Act of The Year” and “Best New Act to Watch” categories respectively.

On 31 January 2015, he released a single titled “Ello Bae”, which won him a nomination in the “Best Street Hop Artiste of The Year” category at the 2015 Headies awards.

As a result of his role in Funke Akindele’s TV series Jenifa’s Diary, in 2016, Falz won “Best Actor in a Comedy Movie/Series” at the 2016 Africa Magic Viewer’s Choice Awards.

He became the first Nigerian musician to achieve the feat. In June 2016, Falz won the “Viewer’s Choice Best New International Act” category at the 2016 BET Awards.

Falz has some top luxurious cars to his fleet. He owns Lexus LX570 estimated to wroth a whooping N35 million.

Also, in his fleet is Rolls Royce Phantom estimated to worth staggering N145 million. Falz is highly successful and is one of the most respected and best rappers in Nigeria.