Fidelity bank is one of Nigeria’s top commercial banks. The bank was established in 1987 and got incorporated in 1988. 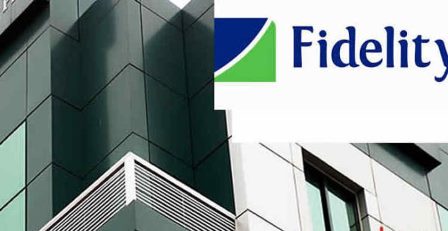 The bank has grown into one of Nigerian’s best banking brands and has branches and outlets across major Nigerian cities and superhighways.

Nigeria is one of Africa and world most populous countries and its banking sector is one of Nigerian’s biggest employer of labour.

Nigeria’s banking industry is not only one of Nigerian’s big employers of labour, but it is also an industry that pays its employees well.

Most Nigerian graduates, dreams to work with top commercial banks in Nigeria which Fidelity bank falls into such categories.

Also, in order to make a good career decision, most young graduates willing to join commercial banks are always quick to find out what their salaries and remunerations will be.

In this post, Nigerian Informer will be discussing salary of Fidelity bank entry-level staff which is the basic or starting step of among the bank’s full-time staff.

How Much Fidelity Bank Pay Staff

Salary of Fidelity bank staff is nothing but attractive. The bank is in the league if best and highest paying Banks in Nigeria. Also, their working conditions is one of the best ine can find in the industry.

Entry level staff of Fidelity bank are the bank’s employees who have successfully completed their graduate trainee programs and are absorbed and incorporated into the bank’s full-time staff.

During the period of graduate trainee programs, these class of staff are regarded as temporal staff of the bank and earn between N60,000 to N70,000 per month.

Upon successfully completion of Fidelity bank graduate trainee programs, successful and recommended participants or staff are moved into the bank entry-level position.

Entry level position is one of the bank’s full-time positions and it comes with better remunerations and welfare.

The entry-level position at Fidelity bank comes with a monthly salary of about N140,000.

From time to time, contract staff are recruited by Fidelity bank to help support and complement the efforts of the bank’s full-time staff.

This is a practice common in Nigeria banking industry. At Fidelity bank, contract / temporal staff are paid around N60,000 to N70,000 each month.

In this section of the post we will discuss salary of cleaners at Fidelity bank.

Also, salary of security personnel at Fidelity bank will be provided too.

These categories of staff at Fidelity bank are considered non technical and non banking staff.

Also, salary of security staff at Fidelity is between N40,000 to N50,000 depending on the role, years of service and position.

The salary of Fidelity bank staff is subject to periodic reviews and increments.

New staff of Fidelity bank are always advised to make themselves assets to the bank.

In that way they will become indispensable and part of the bank’s fulcrum.