What Are The State With Largest Oil Deposits in Nigeria?

Nigeria is one of the world largest oil producers. Since discovery of crude oil in Nigeria, it has become major source of the country’s income and foreign exchange. 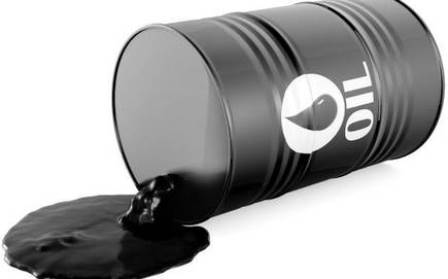 In Nigeria, states where oil are deposited and explored is known as the Niger Delta. In the present-day Nigeria, Niger Delta cuts across three geo political zones: south south, south east and south west.

South South geo political zone is the only zone which has all its states as oil producers. In all, the following states are oil producing states in Nigeria: Akwa Ibom, Rivers, Cross River, Delta, Edo, Imo, Abia, Anambra, Ondo, Bayelsa and Lagos State.

Since slump of oil price in international market, Nigeria government has promised to diversity its economy, however, the country is still over dependent on oil.

In this post, Nigerian Informer will be discussing biggest oil producing states in Nigeria.

This information will be of highly importance to potential stake holders in the oil and gas industry. It will also contribute to academics and general knowledge.

Awka ibom has the highest number of oil wells in Nigeria. It is a state in the south south geo political zone.Akwa Ibom is the largest oil producer in Nigeria with 504000 BPD which accounts for 31.4 % production.

Aside the huge deposit of crude found in Akwa Ibom, the state also boost of some other mineral resources like Zinc, Ignite, Limestone and Salt. Uyo is the capital of the state.

Delta State is the second largest oil producing state in Nigeria with 346,000 BPD which accounts for 21.56% of Nigeria oil production.

Delta State is also in the south south geo political zone. The capital of the state is Asaba which is boarded by the commercial city of Onitsha in Anambra State.

The state is also blessed with mineral resources like Iron Ore, Glass Sand, Ignite and Marble.

The capital of the state is Port Harcourt which is 3rd most beautiful state in Nigeria.The state has rich cultural heritage with multiple ethnic group inhabiting in different parts of the state.

One of Nigerian’s river lines state Bayelsa State is the fourth largest oil producers oil Nigeria.In terms of human population, Bayelsa state is one of the smallest states in the country with 1.7 million people as at 2006 census.

Bayelsa sits at 4th position with 290,000 BPD which accounts for 18.07% production. Bayelsa has been at dispute with their neighbors, Rivers State over some oil wells located at boundaries between the two states.

Apart from crude oil, other natural resources can also be found in the state like Uranium and Clay.

With 60,000 BPD which represents 3.74% of Nigeria oil production, Ondo state sits at the fifth position of largest oil producing state in Nigeria.

Ondo State is in the south west geo political zone. Akure is the capital of the state. Ondo State also has Coal, Bitumen and Granite deposits.

Lagos State takes the 6th position in the list of top oil producing states with 40000 BPD which stood at 2.64%.Lagos is the most populous city in Africa. Most of multinationals firms operating in Nigeria is headquartered in Lagos.

Another South south geo political zone state, Edo State is on the 7th position of top oil producers in Nigeria.

That state produces 33000 BPD which accounts for 2.06% of oil production in Nigeria. The capital of the state is Benin.

The capital of the state is Owerri. Other natural resources can also be found within the state.

Another south eastern state on the list is Abia State. With 11000 BPD which accounts for 0.68% Nigeria oil production the state sits on the 9th position.

Some persons might be amazed with the omission of Cross River State and Anambra State from the list.

For Anambra State, the state is said to have the highest natural gas deposit in Africa. However, the federal government of Nigeria is yet to open frontier for exploration of the natural resources. So, the oil in Anambra has not yet been tapped for commercial purposes.

Cross River used to be one of top oil producer in Nigeria until Bakassi peninsula which use to be part of Cross Rivers state was ceded to Cameroon.

Bakassi, a town in Cross River is highly rich in crude oil and gas deposit. With the implementation of court case which ceded Bakassi to Cameroon, Cross River State lost its oil wells.

However, the state is still recognized as oil producing state and enjoys 13 percent derivation.