This article will review the highest paid bank CEOs and their salaries in Nigeria. 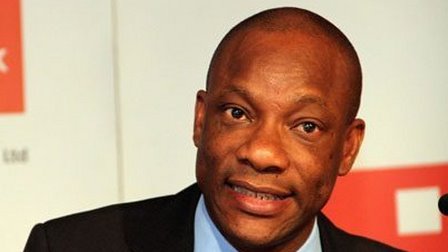 It is a fact that banks MDs and CEOs are among the highest paid CEOs in Nigeria.

This is owing to high performance of Nigerian banks both locally and across Africa.

Many Nigerian banks are among the biggest and strongest banks in Africa.

These banks are managed and steered by top renowned CEOs and MDs .

These banks CEOs do incredible job of keeping their banks afloat in banking terrain and capitalized for effective performance.

Despite the poor economy and average salary of bankers in Nigeria which many consider low, the salaries of top banks managing directors and chief executive officers is very high and jaw dropping.

Our team carried out a survey research which is aimed at ascertaining the best and highest paid banks CEOs and MDs in Nigeria.

The results is quite revealing as some of the best paid bank’s CEOs in Nigeria are paid 7 figure monthly salary.

Also, some banks whose MDs and CEOs made the list of top best paid bank CEOs in Nigeria is quite surprising.

So, if you wish to know which bank’s MD/CEO is the highest paid in Nigeria, read up this post carefully.

The interesting part of this article is that we will be providing the monthly emoluments of bank’s CEOs in Nigeria.

The CEO of Stanbic IBTC Holding is currently rated the highest paid bank CEO in Nigeria with a monthly emolument of about N40.8 million.

He is a graduate of Agricultural Science and an alumnus of Harvard Business School, AMP.

The MD and CEO of Guaranty Trust Holding Company (GTCO), Mr. Segun Agbaje is the second highest paid bank CEOs in Nigeria with a monthly emoluments of around N32.5 million.

The CEO was the former MD of Guaranty Trust Bank and is seasoned banker of many years having served previously at Ernst & Young, USA.

Kennedy Uzoka who is the immediate past managing director of United Bank for Africa (UBA) is rated among the highest paid banks CEOs with monthly package of about N21.3 million for the year 2023.

He has handed over to Mr. Oliver Alawuba on July, 2023 who we are yet to obtain his pay slips and monthly emoluments as UBA MD/CEO.

Before assuming the role of MD & CEO Fidelity bank, the female banker has worked in the bank as Executive director, Lagos and South West.

She has amassed over 30 years banking experience in different capacities.

The MD and Chief Executive Officer of Access Holding Plc, Herbert Wigwe joins other top paid bank CEOs in Nigeria as one of the highest paid bank Managing Directors in Nigeria with monthly pay package of about N12.2 million.

The seasoned banker and top CEO has been managing the affairs of Access Bank since 2014 .

This makes Mr Herbert Wigwe the longest serving bank MD/CEO in Nigeria. Currently he is the non executive CEO of Access Bank.

Also at the top echelon of the highest paid bank CEOs & MDs in Nigeria is the Zenith Bank CEO, Mr. Ebenezer Onyeagwu.

Online reports points that the bank’s managing director earned monthly emoluments of about N11.6 million so far in the year 2023.

He is among the bank’s Manager that earns highest salaries in Nigeria.