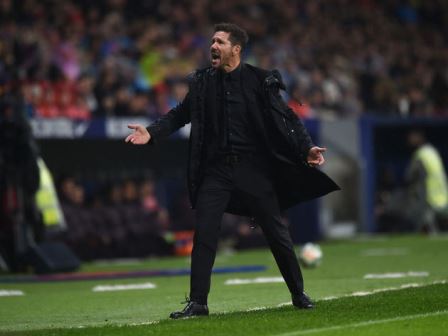 Season after seasons, records are broken on monies spent on football business. Sometimes in the game, it takes a fortune to secure the services of top football talent or coach.

Football is played universally across the world; however, the game is on another level in Europe.

Across Europe, big companies and billionaires continues to invest in the game massively. This has led to high spending and big cheques witnessed in today’s game.

Some teams in Europe are regarded as elite teams. These are teams that dominate others both on the pitch and off it.

These teams also boost of huge financial muscles and can lure and acquire the services of best talents in the game both players and coaches.

In this post, Nigerian Informer will be discussing best paid football coaches in the Europe.

The ranking is interesting as there are huge surprises in the list. We will be ranking the coaches from the top most paid to the least in the list.

Pep Guardiola is regarded as one of the world best football coaches especially after his Barcelona and Bayer Munich stints.

Guradiola comes first in the list of highest paid football managers in the world with his £18 million annual earning.

Pep Guardiola is from Spain and a former Barcelona midfielder. He has coached Barcelona and Bayern Munich before moving to Manchester City. He was born on January 18, 1971.

Third on the list is German trainer Jurgen Klopp. Every month, Klopp earns a whooping sum of £16 million per annum.

Klopp has transformed Liverpool to most feared team in Europe. He is on course to claim his first premier league title as Liverpool manager. He was born on 16 June 1967.

Italian top football manager, Antonio Conte in on a rescue mission at Tottenham. He was appointed to replace under-performing Nuno Gomez in late 2023.

His job of rescuing a faltering Tottenham hasn’t come cheap. Conte earns salary that kees him in the list of highest paid football managers with his £13 million per annum salary.

He is regarded as one of word best and most popular managers.

He takes home £12.5 million every year. Simeone is from Argentina and a former midfielder of Athletico Madrid.

He has been managing Athletico Madrid since 2011. Since taking over the team he has won Europa league title, La Liga title, Copa Del Rey and UEFA Super Cup. He was born on 28 April 1970.

The Italian trainer who manages Juventus is the fifth highest paid football manager in the world. Allegri earn £7.65million year.

The former Italy international is the highest earning soccer coaches in Italy . He is on a second spell with Juventus.

The free spending Chelsea has been attracting top footballers and coaches.

One of the top coaches to take his career to Chelsea is the former PSG manager, Thomas Tuchelw hen he signed with Chelsea.

The world renowned football manager, Jose Mourinho is one of the best paid managers in the world.

The Portuguese trainer who is the head coach of AS Roma earns an annual salary of £6.5 million.

This makes his the second highest paid football coach in Italy.

The current Bayern Munich Manager is the highest paid football manager in Germany.

He only joined Bayern Munich in 2023 and was signed from Bundesliga rival club, Leipzig.

Real Madrid manager, Carlo Ancelotti is in the list of highest paid managers in football.

He earns an annual salary in the region of £5.6 million every year.

The Italian manager is undergoing his second spell with Real Madrid

Annual salary of Mauricio Pochettino at PSG is £5.59 million. This makes the Argentine trainer the highest paid football coach in France and one of the best paid football manager in Europe.