Across the world, especially in Europe, football clubs and teams continue to battle to outdo one another both on and off the pitch. 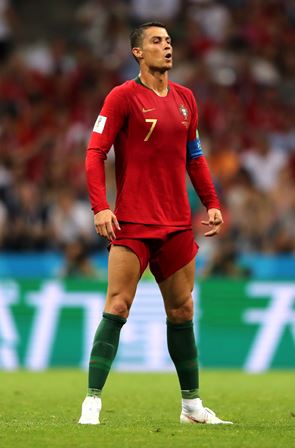 Football clubs across Europe compete not only on the pitch but on financial strengths. Top European teams are always on the look out to shore up their finances and revenues.

There is no doubt that a team’s financial muscle plays a part on their on-the pitch activities. Teams like Chelsea, Manchester city and Paris Saint-Germain (PSG) have proven the above statements to be correct.

PSG currently has the highest number of top paid football players in Nigeria.

In other words, money well spent is what guarantee on-the pitch successes. Every summer, teams across Europe are always in the competition to attracts world biggest stars as well as retain those already within their ranks.

Time has changed in the game with player power syndrome more prevalent in the sports. Every summer, transfer records are broken in a bid to attract top players.

Also, records are broken on wage bills by European elite teams to keep super stars already within their ranks. Today players are offered mouth- watering contracts to remain with their clubs. The above situation is what necessitated this article.

Nigerian Informer will be discussing top five highest earning football stars in the world. Already, i know you already have some names and teams running through your thoughts.

However, the list is a bit surprising as there are shocks in the five (5) top football earners.

Cristiano Ronaldo, 36, continues to defile the law of nature with his unprecedented performances for Manchester United.

Since signing for Manchester United in the summer of 2021, the Portugal international has been a sensation at the Old Trafford stadium.

The former Real Madrid talisman goes home in 2021/2022 football season with $125 million before taxes. Of this total Cristiano Ronaldo earnings, $70 million will come from his salary at Manchester United while the rest are from endorsement and bonuses.

With his performances and form, Cr7 is expected to be at the top of the game alongside Lionel Messi for few more years.

Messi’s salary at PSG will be around $75 million per season.

The PSG talisman has a two (2) years contract with PSG having just ended his long term relationship with FC Barcelona.

Messi will be hoping to help PSG lift the UEFA biggest club competition trophy. He is happily married with children.

The super star who tried to force a move away from the club in the summer of 2019, has remained with the Ligue 1 champions.

According to Forbes, the young attacker is fourth highest paid football player in the world with an annual earnings of $ 43 million.

The France international has been a sensation at French capital since his move from Monaco to PSG, forming a formidable attack with Brazilian international Neymar jr.

The Egypt international earn around $41 million annually. The winger joined Liverpool from Italy football giant AS Roma after a disappointing spell at Chelsea.