Tennis sports is not as popular as Soccer game. Nevertheless, the game of tennis has grown tremendously over the years. 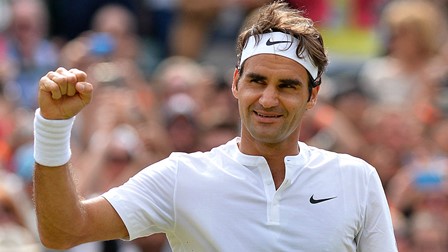 Not so many people have realized how lucrative the tennis sports have become.

Unlike in soccer, where there is a huge disparity in earnings between male players and female players, in tennis such disparity does not exist.

The price money for grand slams is pegged at flat rate for both male and female players.

Not so many soccer fans would have realised or agree that top tennis player Roger Federer earned more money than Cristiano Ronaldo in 2019.

The above fact has shown how lucrative and attractive the tennis game has become.

These players are raking millions of dollars both in prize money and endorsements.

Below is the list of highest paid tennis players in the world.

The 39-year-old tennis player is ranked 3rd in the men’s singles tennis by Association of Tennis Professionals (ATP).

Federer have the highest number of sponsorships deals among the league of top tennis players. He earned over $60 million from  combined sponsorship deals.

He is well ahead of Cristiano Ronaldo, James LeBron and Tiger Woods in sponsorship earnings.

Naomi Osaka is ranked no. 1 in women’s singles by Association of Tennis Professionals.

Serena Williams is the 3rd best paid tennis player with earnings in the region of $35.3 million.

She is an American tennis professional tennis player.

Serena has dominated women singles in the past and despite her on the court below par performances currently, she remain top earner in the game.

The 40 years old tennis player is ranked no. 47 in women ‘s singles.

He also has 20 major tennis titles in his career.

He is currently ranked as the best men’s tennis player in the world.