Ijaw is an ethnic group found in southern Nigeria. They are regarded as one of the minority ethnic nationalities in Nigeria. 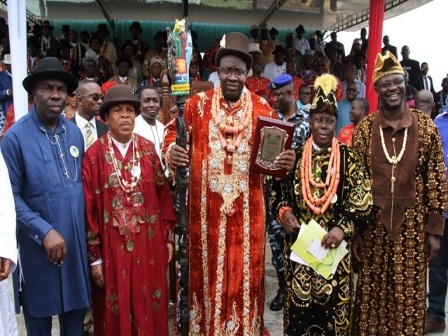 There is a popular unproven assertion that the Ijaw ethnic group is the 4th largest ethnic group in Nigeria behind Igbo, Hausa and Yoruba.

This popular opinion is unproven as they are not backed by facts and there is no census on persons from Ijaw ethnic backgrounds.

Nevertheless, what we do know is the states in Nigeria where Ijaw ethnic groups can be found.

Most Ijaws reside and settle at the riverline areas of the states where they are found. Ijaws are also brave and warriors.

Most Ijaws resides in coastal areas and are mainly fishermen and farmers.

Some of the most educated Nigerians are from Ijaw ethnic nationality and so Ijaws are found in civil service of different states where they are found.

States where Ijaw Tribe Are Found In Nigeria

There is no Ijaw pre dominant state in Nigeria. Perhaps, that is the reason why they are regarded among minority ethnic groups in Nigeria.

Below are Ijaw states in Nigeria.