River State is a Nigerian state in south-south geopolitical zone of Nigeria. The capital of the state is Port Harcourt and the state is one of the major oil producers in Nigeria. 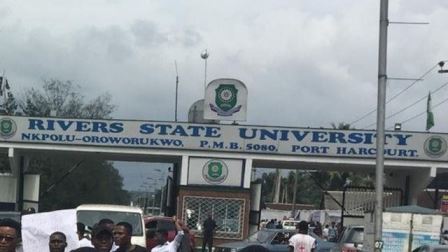 Rivers state is the most industrialized state in south-south with huge commercial activities.

Education at all levels in Rivers state can said to be great as the different government of the state has invested heavily in the sector.

The state is one of the best states for one to have his or her tertiary education with government massive investment in education sector.

The state also boosts of ever lively and beautiful environments to encourage extra curricula activities.

In this post, we will be listing all the institution of higher learning in Rivers state. This information will be highly significant to potential undergraduates who might be nursing ambition of having higher education in Rivers state.

The University is standing tall among state government owned universities in Nigeria.

Ignatius Ajuru University of Education is Rivers state government owned education university established to help take in the teeming population of potential undergraduates in the state.

The institution was founded in 2009. Apart from courses in Education, the university also offer courses in social sciences, Humanities, Natural and Applied Sciences.

Elele campus of the university is home to science courses. It is regarded as one of the best and top private universities in Nigeria.

National Open University of Nigeria has a study center in Port Harcourt just as obtained in other Nigerian states.

The institution took off as Rivers State college of Arts & Science. It is situated at Rumuola, Port Harcourt, Rivers State.

It was the first polytechnic to be established in the state in the year 1988.

This is a federal government owned polytechnic located in Bonny town in Rivers state. The polytechnic was established with intention of developing oil and gas industry in Africa.

The Polytechnic is committed to deliver courses that are interdisciplinary for both general and specialized programmes.

This is private polytechnic located in Rumuokwurusi, Port Harcourt. The polytechnic is dedicated to both adult and young learners. It was founded in the year 2015.

The major college of education in Rivers State is Federal College of Education (Technical), Omoku.

The college took-off in April 1989 at the temporary site provided by the Rivers State Government of Nigeria with the appointment of the pioneer Provost, Chief E.G. Toby.