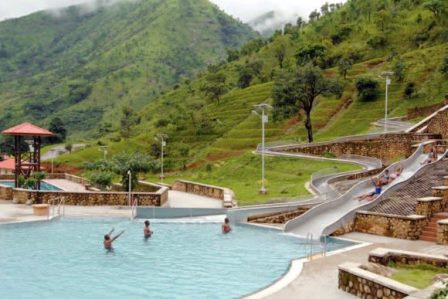 The Nigerian national parks and game reserves present a unique and memorable holiday and leisure experiences to visitors.

If you seek for a perfect and unique place to spend great time with your family and friends, then these national parks present good options.

Yankari game reserves is the most popular and visited Nigeria national park. The game reserve is situated in Bauchi state and is home to largest number of elephants in west Africa.

The park was first opened to the public in 1962 and has since then witnessed huge turn of visitors and foreign tourists.

The Park is home to many bushbuck antelope and buffalos, together with countless bird species.

The park has many rivers and caves within its territory all for tourists to explore.

Okomu forest reserve in Edo State is one of Nigerian’s national parks. It is the second largest rain forest in Nigeria.

Varieties of Birds species can be found at Okomu forest reserve. The national forest was established in the year 1999.

Kamuku National park is situated in Kaduna Nigeria. Waterfall, antelopes, elephants, mountains are some of the features of Kamuku national park.

Kamuku and Gwari people occupy areas of the park and have become known for their fine pottery and weaving. Kamuku national park was founded in the year 1999.

Some of the side attractions at the park include boat cruising and wilderness trekking. The park is also rich in variety of wildlife.

Animals like Buffalo, Elephants, Hyenas and Hippos can be found at the park. Inside the park, visitors will find, Borgu, zungeru game reserves and kainji lake.

It was established in 1979 and lies between Kwara and Niger states.

It was established in 1991 and houses Nigeria highest peak Chappal Waddii known as the “Mountain of Death”.

Cross River National Park is home to largest rain forest in Nigeria and has the highest tropical biodiversity in Africa.

The Park has numerous species of butterflies and is home to other animals like chimpanzees.

Chad Basin national park was founded in 1991 and lies between Borno and Yobe states.

The park houses Sambisa game reserves and Hadejia-Nguru wetlands. The park has recorded a total of 377 bird species.