Anambra State, a state in southeast geo-political zone of Nigeria has a handful number of universities and higher institutions domiciled in the state. 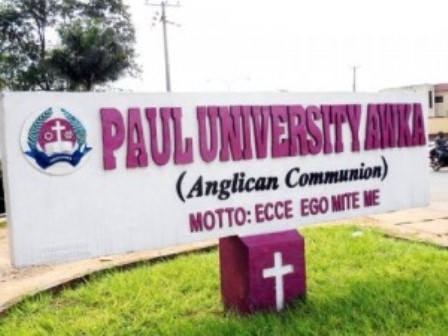 Alongside universities, there exists other institutions of higher learning like polytechnics and colleges education located in the state.

The essence of this article is purely for informational purposes and not a rank on the higher institutions.

It could be their state of origin or a state considered safer and conducive for academic activities.

In this post, Nigerian Informer will profile all the tertiary institutions that can be found at Anambra State.

The university is one of the top ten best federal universities in Nigeria. The university operates three campuses of Awka, Agulu and Nnewi.

The Nnewi campus of the university is home for medical science courses and students.

The university is located at Uli, boarder town between Anambra and Imo states. The university operates three campuses of Uli, Igbariam and Awka.

The university arts, agriculture, social and management sciences faculties are located at Igbariam campus, while Awka campus is for the university medical sciences.

Uli campus is home for engineering, environmental and natural sciences.

Tansian University is a private owned Christian university located at Umunya. A town few miles away from commercial city of Onitsha.

It was founded by Rev Msgr Prof John Bosco Akam. The university has one major campus which is the Umunya campus.

The university operates two campuses of Okija and Elele. Elele campus of the university is home for science courses while Okija is campus for Arts, law, social and management sciences.

Paul University Awka is a Christian owned university founded in 2009 by Bishops of the five ecclesiastical provinces of the Anglican Church East of the Niger to provide undergraduate training in Natural and Applied Sciences, Social Sciences and Management.

The university is also known as UNIPAUL. The university now operates one major campus located at No.1 Nnamdi Azikiwe Ave, Awka, after moving some of its faculties out of St. Paul University Secondary School, Nise.

The institution has three main campuses located at Oko, Ufuma and Atani. Fed Poly Oko is the only major polytechnic in Anambra State.

The institution is one of the oldest and highly respected tertiary institutions in the state.

The institution also run education degree programs as they are affiliated to University of Nigeria, Nsukka.

The institution also awards degrees in education as they are affiliated to Nnamdi Azikiwe University, Awka.

We failed to acknowledge the proclaimed and upgraded Anambra State Polytechnic Mgbakwu because of its accreditation status.

Since the governor of Anambra State upgraded the institution from college of agriculture to polytechnic, there is very little to suggest that the new status will be upheld.