How To Get Married in Igbo Land

Marriage as in most African cultures and beyond is a big and serious function in Igbo Land. 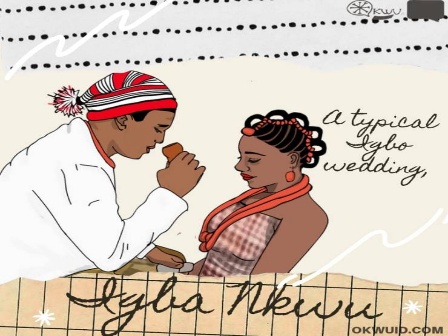 In Igbo land, marriage is considered a sacred function which if not properly performed can have a dire consequences.

The culture of Igbo tribe and race forbids a man or woman from living together as husband and wife without performing certain or completing marriage rites.

This shows how serious and important marriage rites are in Igbo land.

A lot of questions has been asked concerning marriage in Igbo land.

Such questions includes but are not limited to: how much is bride price in Igbo Land, how to marry Igbo woman and how much marriage costs in Igbo land.

All these questions are some of queries that necessitated this article.

So, in this post, we will briefly be discussing marriage rites in Igbo land.

Specifically we will be dissecting some of the frequently asked questions concerning getting married in Igbo Land.

How Much is Bride Price in Igbo Land

A lot of debates has been generated about the cost of bride price in Igbo land.

Igbo people are highly republican and this can as well be seen in most of their activities.

How much a man can pay as dowry or bride price in Igbo land is highly dependent on the family of the bride especially the father.

In most towns in Anambra, dowry or bride price in Anambra can be as low as N100 and as high as N20,000 depending on family and parents of bride.

This is in line with the belief that their daughter is not for sale.

However, dowry or bride price in some other parts of Igbo land can be considered higher.

Then again, it can be when it is sanctioned by bride’s family and immediate parents.

Different parts of Imo state has set out amounts for dowry and bride price.

However, the family, especially the father of bride will have the final input on what to be paid as dowry for his daughter.

In some case scenario, the more educated and productive a lady is, the higher how much dowry or bride price to be paid.

Bride price in Abia, Enugu and Ebonyi is relatively low and is based on demand of immediate family of the bride.

How To Get Married in Igbo Land

Iku Aka (Knock on the Door)

This is the first marriage rites in Igbo land. This is where by the would be husband to the bride visits the bride immediate family and declare his intentions.

At that point he is either encouraged to go ahead with his intentions or drop them for some serious reasons.

After the Iku Aka ceremony, the families of both would be couple will also begin immediate fact-findings concerning their both families.

Having been encouraged to go ahead with the marriage intentions, the next marriage rite to proceed is Ime Ego ceremony which is paying of Bride price.

At Ime Ego ceremony, the groom comes to the bride family with his parents and immediate families members as well as few friends.

After paying of bride price, the bride become officially out of market for suitors.

Now she can be allowed to spend some time at the grooms family just to know his people.

Igba Nkwu is the biggest marriage rite in Igbo land.

It is a ceremony where the bride before the all towns, families and friends declared that she is officially married to his groom by serving him a cup of palm wine before the entire people.

During the Igba Nkwu ceremony, different foods and assorted drinks can be served depending on the buoyancy of the groom.

This is a practice of formally getting to know where their daughter lives incase of good news or sad news.

Cost of Marriage in Igbo Land

There is no specific cost or amount for getting married in Igbo land.

Some low key marriage in Igbo land can cost an average of N100,000 to N200,000 depending on the culture of the bride and her family demands too.