In this article, we will be discussing full profile of Nigerian’s singer and song writer, Mayorkun. 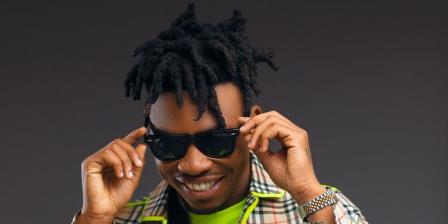 We will be bringing to our audience, Mayorkun biography, Mayorkun net worth and Mayorkun cars.

Mayorkun is a stage name for Nigeria music singer, comedian and song writer who was born Emmanuel Adewale Mayowa.

The 26 years old entertainer was born in Osun State and grew up in Lagos. Mayorkun was born into a family of entertainers with his mother a Nollywood actress and his father a movie producer.

The well talented music artist attended the almighty University of Lagos and holds a degree in Accounting.

Mayorkun pursued a career in banking until 2016 when he left to develop his music career. Mayorkun music career was helped by top Nigerian music artist, Davido who snapped up the young talent after he left the banking industry.

Mayorkun who was very good pianist was encouraged to do more just play keyboard by Davido after he was signed to Davido Music Worldwide.

The video of Eleko pulled over 1 million views. Mayorkun would later go on to release numerous other singles like Yawa, Sade, Che Che, and Mama.

He also worked with renowned Nigeria singer, Olu Maintain which led to production of two singles, “Posh and Fantasy”.

Mayorkun debut Album came on November 16th, 2018 and was titled Mayor of Lagos. The album made it to Billboard World Albums chart, peaking at number 15.

Mayorkun is a proud owner of a luxurious duplex in Lagos Island. The house was acquired in 2018. The house is valued at N150 million.

Mayorkun girlfriend is not yet known as the singer has kept his private life very secret. He once noted that he can date someone like Simi, Nigeria top female Singer.

According to an online medium, Carmart, Mayorkun is estimated to worth $5 million. An equivalent of around 2 billion in Nigeria Naira.