Governors are the executive head of different Nigerian states. Nigeria has 36 states and the federal capital territory. 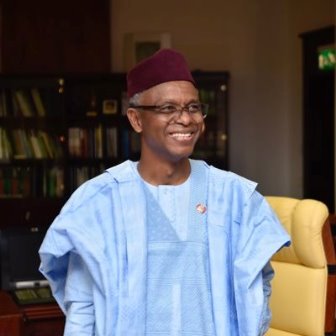 These states are governed by democratically elected governors. By virtue of resources, region, business and personal qualities, some Nigerian governors tends to be more revered, feared and not to be messed with.

Opinions of some of these powerful governors are always held very high, debated in the media and influence the views of stakeholders in the country.

In every tenure, there always exists some governors that falls into this category.

For the year 2020 and for this democratic tenure (2019-2023), Nigerian Informer have come up with top five governors whose actions and inactions carry weight and shakes the Nigerian political scene.

The Rivers state strong man is on his second four years governorship tenure. There is no doubt that Governor Wike is one not to be toyed with.

There are quite a few factors that places so much power and respect on Wike ‘s shoulders.

His state, Rivers State is very delicate and strategic to Nigerian economy. It is one of Nigerian’s top oil producing states.

Hence, any crisis or disturbances in the state is bound to affect Nigeria oil production.

The Rivers state governor is of opposition party, People Democratic Party (PDP), his state is one of the major financial strengths of the Nigeria’s major opposition party.So, on party level, Wike’s Opinions is highly respected.

Recent events between the governor and powers that be at Abuja says so much about how powerful and respected the governor is.

The governor of Kaduna state, Nasir El Rufai is a very disciplined and a no-nonsense governor in Nigeria.

The Kaduna chief executive is highly regarded among his northern folks. He is one of Nigerian’s governors who knows his way at Abuja state house.

His open defence and support of dethroned Emir of Kano, Lamido Sanusi by his northern counterpart, governor Ganduje, says so much about his fearless attitudes.

He has also openly condemned the Almajiri menace in northern Nigeria. Despite not being on good book of some critics, the outspoken governor is one of very few Nigeria financial prudent governors.

Evident is Kaduna state N3.9 billion World Bank assisted grants given to the state based on performance and accountability.

To put up fight with a godfather who also doubles as national party chairman, is a show of courage and guts.

Not all Nigerian governors can rally around their counterparts and institute removal of his party chairman which took only the intervention of president Buhari to not materialize.

A feat that might look easy and simple, but remember, gov. Ambode couldn’t stand his godfathers while Obaseki nearly retired his from politics.

Governing northern most populous state commands so much influence and power. Not so many people believed that former Emir of Kano Lamido Sanusi could ever be thrown out of palace.

It is now history and has become a record. The incident will be more remembered for who initiated the removal more than the removed monarch.

Owing to some events before 2019, not so many believed, that the present Kano State governor will be reelected. Nevertheless, Ganduje is still the Kano State chief executive.

Despite being a member of ruling party, All Progressive Congress (APC), Ondo State governor has not been afraid to confront those at Abuja or question some decisions of his party.

The governor was at fore front of establishment of Western Nigeria Security Network codenamed “Amotekun”, despite divided opinions of decisions makers at Abuja.

He is oldest governor in southwest Nigeria and is very bold too. He also controls an oil producing state.