Nigeria, a country with an estimate population of over 200 million is the biggest market in Africa for automobile makers. 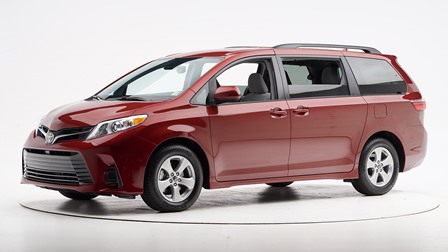 Despite the severe economic situation of the country and high poverty rate, one of the major goals and targets of most adult Nigerians remain to own a car.

Ordinarily, due to increase poverty rate in Nigeria, one would expect luxury lifestyle to be at minimal, however, reverse has been the case as rich Nigerians has continued to flex their financial powers on exotic cars.

Between 70s and 90s, Peugeot was leading the Nigeria car market. Today, time has changed and its 2020, Toyota, a Japanese automobile manufacturer is Nigerian’s most popular vehicle.

Since early 2000, Toyota has gained so much popularity and trust amongst Nigeria car users.

Toyota is the most used car brand in Nigeria and has been dominating Nigerian roads since early 2000.

Toyota is followed closely by Honda, Lexus, Mercedes Benz and Volkswagen in the list of top 5 most popular and used car brands in Nigeria.

Some of Toyota car brands mostly used and popular in Nigeria includes:

It is also worthy to note that greater number of Toyota cars and other car brands on the Nigerian roads are already used car imported from US and across Europe.

In Nigeria, this category of car is called “Direct Belgium”. High cost of brand-new cars and high poverty rate in the country might have necessitated or increase this popular culture.

Most Nigerian Toyota vehicle users attributed their choice of the brand to durability, aesthetics, low cost of maintenance and availability of Toyota spare parts.

The Japanese car has truly done well in the Nigerian market and is widely used in the country.