Peter Obi is a Nigerian renowned businessman and politician who is currently a presidential candidate for Labour party for upcoming 2023 general elections in Nigeria.

He is equally a former governor of Anambra state and vice presidential candidate of Nigeria’s main opposition political party (PDP) during 2019 general elections. 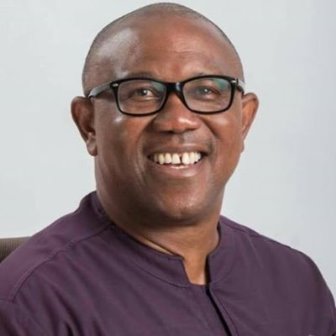 This article is a brief biography and important facts about Peter Obi, one of Nigeria’s biggest and most respected politician.

The post will focus on Peter Obi net worth, his family life, businesses and achievement.

Peter Obi, a two times former governor of Anambra state is one of the most talked about politicians in Nigeria because of his modesty and views of Nigeria political system.

He hails from Agulu town in Anambra state Nigeria and was born in the commercial city of Onitsha.

The business man who later turned politician is one of the richest people in Anambra state and is known for his prudence in management of resources and finance.

The former governor have in the past been accused of tax evasion which he has vehemently defended against any wrong doing.

Peter Obi is seen by many as one of the most disciplined politicians in Nigeria without corruption records.

In this article, we will carry out a brief review of  profile and biography of Mr. Peter Obi.

Specifically, this post will look at how much Peter Obi is worth (Peter Obi’ net worth) his major businesses and more.

Also Peter Obi’s age, children and achievements will be talked about in this article.

According to Mr. Peter Obi in an interview carried out by Arise Tv in 2021, Mr Peter Obi puts his net worth around $15 million.

He noted that he has lived abroad for many years and has achieved wealth through businesses especially in importation of beverages and finance.

He described himself as a very big trader. This Peter Obi’s net worth makes him one of the richest Igbo politicians and persons in Anambra State.

Peter Obi’s Net Worth in naira is estimated to be around N8 billion.

Peter Obi is Christian by religion. He is a Roman Catholic by denomination and he is also a member of knight of st. Gregory.

He is a devoted catholic who in one of his interviews made known about his consistent saying of Rosary prayer daily.

In this segment of the post, we will talk about Peter Obi’s age.

This is very important information about Mr. Peter Obi because most Nigerian politicians never like to make known their actual age and date of birth.

This date of birth makes known Peter Obi’s age and when he was born.

The former governor Mr, Peter Obi has always kept his family away from public and politics too.

Peter Obi is married with two children, a male & female. The name of Peter Obi’s wife is Lady Margret Obi.

His son is based in United Kingdom while his daughter is a teacher in Lagos Nigeria biggest city.

A lot has been said and written about what businesses that Peter Obi do or has.

According to the former governor in an interview with Arise TV, he controls and owns many international franchise in Nigeria like the Heinz products, Ovaltine, South Africa International Breweries.

He also owns major shares in three (3) commercial banks in Nigeria of which Fidelity bank is one of them.

Peter Obi also has shares amounting in billions of naira with blue chip companies both in Nigeria and abroad.

This is the list of some of the businesses that Peter Obi owns and do as he noted in an interview with Arise Tv in 2021.

Peter Obi has a sound and robust educational qualifications and background.

Below is the education institutions attended by Mr. Peter Obi, the Labour party presidential candidate for upcoming 2023 general elections in Nigeria.

Peter Obi has only one house in Nigeria. He lives at the commercial city of Onitsha the place where he was born.

He has severally noted that his Onitsha residence is his only house in Nigeria while charging government to confiscate anyone other house found across Nigeria belonging to him.

He still lives is his family house in his home town (village) built by his parents.