This post is an evaluation and assessment of most powerful kings in Nigeria. 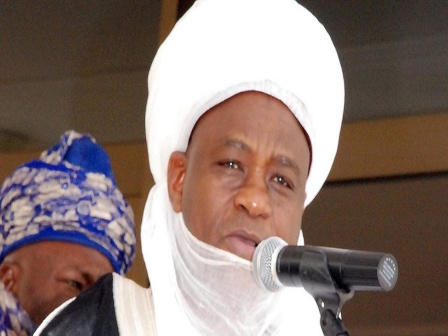 Nigeria is home of some of the most influential and respected monarchs and kings in Africa.

There are certain kings and Monarchs in Nigeria that are rated first class kings and monarch institutions in the country.

It is these top monarchs and kings in Nigeria that we will discuss in this blog post.

Monarchy (from the Greek monos = alone, and arkhein = to command) is the mode of government where the supreme power is deposited in the hands of a single individual, who usually bears the title of king or emperor, and who reigns over a state or territory, usually for life.

The monarchy can be elective or more often of hereditary right.

Its pitfall is despotism (the exercise of absolute power, especially cruelly and oppressively).

The sovereign then essentially has representative functions.

Executive power is in the hands of a cabinet (government), headed by a chief of staff (or prime minister), whose members come from a parliament, which represents the legislative power.

In Muslim countries, monarchical regimes can take the names of sultanates or emirates.

The sultanate is a political system similar to a monarchy.

It a government where the supreme power is in the hands of a sultan (the head of a Muslim state).

The sultan can be an absolute monarch or with constitutionally limited authority.

The Emirate is also similar to a monarchy. Power here is in the hands of an emir (the ruler of a Muslim state).

The emir can be an absolute monarch or with constitutionally limited authority.

Only a few centuries ago, almost all of the world was ruled by monarchs.

Kings and queens were considered to be very important people, and their subjects were expected to show them respect.

Today, monarchs are much less common, but their importance remains.

Monarchs play a very important role in the lives of their subjects.

They are responsible for ensuring that laws and customs are followed, and they often have a lot of power over their people.

This power can be used to protect the population from harm or to promote the interests of the monarchy.

Long before Nigeria became independent, and the establishment of modern Nigeria, the country consisted of communities or states.

During pre-colonial periods, ethnic groups or gatherings consisted of people with similar cultures and related languages.

So, Nigeria back then constituted of the eastern region, where the Igbo, Niger delta, and Edo people dominated.

The western region consists of the Yorubas and related people, the North consisting of the Hausa and Fulani people.

With all these people together as one, it was expected that they have a ruler to take responsibility for them.

This urgency and need led to the establishment of traditional rulers as monarchs, who wielded significant power and were responsible for the development and growth of their people.

The events occurred early, before the British colonization era.

Even then, the Kings and Monarchs still protected their people from slave trading which was predominant between the 1500s to 1900s.

These Monarchs were symbolic and maintained cultural unity among their people.

Traditional rulers lost majority of their influence when Nigeria attained independence in 1960.

At this time, Nigeria had already adopted a new system of government namely Dictatorship and Federalism.

This led to the usurping of authoritative power away from these leaders.

Traditional rulers or monarchs still function today, but in a limited capacity.

In modern Nigeria, different titles are ascribed to the existing traditional positions today.

Here is a short but detailed list of monarchical titles in Nigeria and the region they oversee.

Onojie: Adopted by the Esan people in Edo state

Ovie: Commonly used amongst the Uhorobos and Isokos in Delta state.

Obong: peculiar to the people of Efik, Ibibio, and Annang in Cross River and Akwa Ibom states.

Oba: this is also used among the Yorubas, alongside Ooni, Alake, Alaafin, Awujale, and many others.

Obi, Eze, and Igwe’s: this is practiced among the southeast people.

Most Powerful Kings & Rulers in Nigeria

Now having had the foundational knowledge about who kings and monarchs are, their origin, titles, and roles, we now proceed to the main discourse of the article “ The top 10 most powerful Kings and Monarchs in Nigeria”.

The rulers enlisted below are the 10 most powerful, according to their influence and other determining factors.

The Sultan of Sokoto – Sa’ad Abubakar

Sa’ad Abubakar who is the current Sultan of Sokoto is acknowledged as the most powerful and influential King in the traditional race.

Often called the spiritual father of Muslims across the country.

Emir Aminu Ado Bayero is the second most powerful monarch.

He ascended the throne following the of his nephew brother Muhammad Sanusi II . He has a net worth of $8 million.

Oba Adeyeye Enitan Ogunwusi Ojaja is the current ruler of the Ife Kingdom, enthroned as the 51st ruling king in December 2015.

He ranks as one of the most respected rulers in the world.

Also, he is the chancellor of the University of Nigeria Nsukka. He currently has a net worth of about $5 million.

Oba Ewuare II Ogidigan is regarded as one the most influential and powerful kings in the southern region of Nigeria.

He is a Nigerian ambassador to several foreign countries. He is allegedly worth about $3 million.

His name is Lamidi Adeyemi III. He rules in the present-day Oyo.

He ranks as the second most influential powerful Yoruba monarch.

He has also been termed the closest rival to the Ooni of Ife land. He has a net value of $4 million.

Ogiame Atuwase III, the present Olu of Warri was crowned on August 21, 2021.

The Dein of Agbor – Dein Keagborekuzi

Dein Keagborekuzi is the Dein of Agbor Kingdom in the Delta state.

He ascended to the throne at age two and was recorded as the youngest monarch by the Guinness Book of World Records.

He was once the chancellor of Unilorin and has a net worth of $50,000.

Rilwan Akiolu, the reigning Oba of Lagos, is also known as the Eleko of Eko.

He has significant influence over the southeastern colony.

He is the most powerful king in Igboland. He has a current net value of about $3 million.

Oba Saliu Adetunji is the current Lord of Ibadan, the Oluibadan.

The power and ruling authority alternates between two families. He has a net value of $300,000.

Thank you for reading! I hope you have found this article interesting and informative.

If so, please share it with your friends on social media using the buttons below. Thank you again for reading!