What are the most lucrative & profitable business to do in Lagos with little capital?. 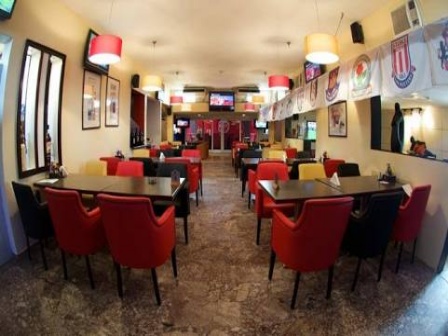 Find out about the best businesses to start in Lagos state and make money fast by reading this post.

Lagos state is the commercial capital of Nigeria with a population of over 20 million people.

Small and medium businesses has never grown anywhere better in Nigeria like Lagos.

Starting a business in Lagos is a very good idea because of certain infrastructures in place in the state such as seaports, airports and transportation system.

Almost majority of small and medium businesses across Nigeria source their stock and operations direct or indirect from Lagos.

While every business ideas and investments matters, some are most profitable and lucrative in certain locality as a result of peculiarities of those environments.

Lagos has the best economy among all states in Nigeria, some business ideas are regarded as being most profitable in Lagos.

This is why we have put together a list of best businesses to do in Lagos.

These are also profitable businesses you can start in Lagos with small capital.

Here are the business to start in Lagos and make high profits and Income.

They the best business an average income earner can setup in Lagos, Nigeria.

Starting a food catering and restaurant investment in Lagos is a good Lagos business idea.

This is because most people living in the city either eat out or have their food supplied to their homes by food vendors and caterers.

This is because of the nature of operation of the city which leaves most working class with little time for house chores.

Clothing is one of the basic needs of man and putting money in selling of clothes in Lagos is considered one of the most lucrative businesses in Lagos.

The city is fashion conscious as people wants to look great and stand out among the rest.

So selling of clothing and fashion accessories and general wears is a business ideas that thrives in Lagos fast.

Being an event manager and planner in Lagos is a lucrative career in Lagos especially if you have the right connections and contacts.

Lagos is a highly social city with social events going on all round the year.

So, setting up event management and planning business in Lagos is plus.

The heavy influx of people into Lagos, either for business, holiday and other purposes makes the city a good place to invest in hospitality like hotels and motels.

Every hotel or motel in Lagos with good facilities and security is not lacking in customers.

The average number of visitors to Lagos daily is over 20,000 people.

This is a huge opportunity for those in hospitality industry in Lagos. So, it is one of the best business opportunities in Lagos.

Leisure and relaxation centers is a good business ideas and investment in Lagos.

Greater population of Lagosians are youths. These people in Lagos pay so much to get desired leisure, fun and entertainment.

Those who are into night clubs and drinking bar businesses in Lagos are smiling to the bank.

However, to effectively run a night club or bar business in Lagos, security must be paramount.

This is one of the most profitable businesses in Lagos. There is a heavy consumption of both soft drinks such as juice and cola drinks as well as alcohols in Lagos.

Hence,those who invest in this business in Lagos rakes so much in profits and gains. It is one of the most viable business opportunities in Lagos.

Both road and sea transportation in Lagos is profitable. Those who are into bolt riding and other public transportation means are very important in the city and hence they make so much money.

Logistics and delivery is one of the fast moving businesses in Lagos.

Transportation around Lagos is daunting task as result of population of the city. So, people patronise logistics and delivery companies so much in Lagos.

This is why you see so many bike dispatch riders in the city.

So, if you can start delivery and dispatch company in Lagos,you are guaranteed of making good profit.

If you looking for fast rising business in Lagos, then consider technology accessories such as computers, smartphones, office equipments etc.

These smart accessories are here to stay and their patronage is very high in Lagos because of the numbers there.

Nigerians are very smart people and tech savvy hence, they are very open to exploring some of the best innovations in tech world.

So, to sell computers, smartphones and gadgets and other tech office equipments is a very good and high profit yielding business in Lagos.

Cleaning services is considered a very big and viable business idea in Lagos.

There are numerous clients within the city in need of cleaning services and so, setting up cleaning service company in Lagos is bound to prosper and bring in good revenues.

Services like car wash, home cleaning, office cleaning, laundry, and dry cleaning can be provided by these cleaning service companies.

This is one of the most profitable business ideas and opportunities in Lagos.

Accomodation is one of the biggest problems facing Lagos and investors are doing so such to take advantage of the opportunity and provided either new homes or better homes.

So,investing money in building material and sales of building construction equipments is a good business to do in Lagos.

This is creating a huge business opportunities in Lagos for those in the business of production of sachet water and bottled water in Lagos.

It is a high flying business opportunity in Lagos to engage in production and sale of pure drinking water ranging from sachet water, bottled water and water cannisters.

Be it male,female or unisex salon, it is one of the basic needs of people. People always strive to look their best especially for big occasions.

The most important aspect of this business in Lagos is having capable hands that are very good at what they do.

A typical Lagos salon should do more than just hair styling and cut. They should also engage in activities such as manicure, pedicure and spa.

People in Lagos especially those who are in high urban areas take security serious.

Despite the emergence of many private security companies in Lagos, there’s is still vacuum for more.

So, those who has the resources and the resolve to start private security companies of good reputation would have a good revenues in return.

Starting a private security agency in Lagos is a good business in the city.

Lagos has most number of cars on the road than any other state in Nigeria.

This makes investments in auto spare parts business in Lagos a good business opportunity in Lagos.

This also includes everything concerning auto like car painting, oven baked etc. Those who engage in car oven bake in Lagos are making it big as well.

One stop shop business in Lagos is one of the very profitable business to start in Lagos.

People due to minimal spare time patronise one stop shops like shopping malls, supermarket in Lagos.

So, those who have the resources shouldn’t looking beyond one stop shop business in Lagos as one of the most lucrative businesses in the city.

Renting of event centers and halls in Lagos is paying handsomely.

As a result of social, religious and workshop activities which goes on in the city all round the year, it is very viable to operate event center in Lagos and make money.

However, the location, facilities and the security of this place must be given a good attention.

Cosmetics products are among the fast moving business in Lagos.

The teeming number of ladies in the city and celebrities in the state are some of the biggest customers of cosmetics stores in Lagos.

Selling of cosmetic products and items is a good lucrative business to start in Lagos.

Cooking gas is also high on our list of business opportunities in Lagos that is lucrative and profitable.

Greater population of Nigeria and Lagos residents are gradually leaving behind traditional cooking power source such as fire wood, charcoal for cooking gas.

This has created a viable business in Lagos for those selling cooking gas both at retail level and at gas stations.

Starting a professional bakery in Lagos is viable business venture.

Baked foods such as bread, cakes, doughnuts etc are some of the most consumed foods in Lagos.

Top bakeries in Lagos are not short of customers provided they are very good at their products.