Who is The Richest Man in Akwa Ibom State

Akwa Ibom state is one of the richest states in Nigeria with the highest number of oil wells. 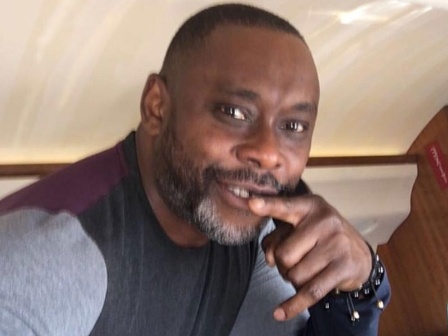 The state also boost of enormous human resources in all walks and facets of life.

Some people from Akwa Ibom through their hard work and expertise and entrepreneurship prowess has achieved success to be rated among the richest men in Akwa Ibom State.

Most of the richest people from Akwa Ibom are entrepreneurs and politicians who have or is serving at the highest level.

In coming up with the list of richest men in Akwa Ibom State, we took into cognizance the total net worth and assets of Akwa Ibom billionaires and top entrepreneurs and politicians.

This post is geared towards motivating the young minds and youths especially those of Akwa Ibom state to be steadfast in pursuit of excellence and commitment in their fields of endeavors.

So, in this post, we will presenting to you the richest people in Akwa Ibom State, Nigeria.

Below is the list of Akwa Ibom State richest personalities and people.

These are people that are ranked richest in Akwa Ibom State.

A company with interests in technologocal advancements, information technology, cost controls, and exploration to customers in the oil and gas, construction, electrical utility, and other industries throughout Nigeria, Chad, and Ghana.

The Akwa Ibom billionaire is a graduate of business administration from university of Uyo. He was named billionaire by Forbes magazine in 2014.

He is not just an entrepreneur but also a philanthropist. He is has undertaken some contracts worth $900 million.

He is no doubt the richest man in Akwa Ibom by miles.

Sen. Godswill Obot Akpabio is one of the the few politicians in Nigeria that have served in office as governor, senator and minister.

The former governor of Akwa Ibom State is not only one of the richest people in the state but also one of the biggest and most influential politicians in southsouth Nigeria.

The former governor has been fingered in a corruption allegation amounting to N100 billion naira.

He is the richest politician in Akwa Ibom State and currently the minister of Niger Delta, oil producing region of Nigeria.

Solomon Ita Enang is in the list of richest men in Akwa Ibom State. The current aide to Nigeria president has been in corridors of power since return of democracy in 1999.

He has served as house of representative member and senator in Akwa Ibom State. He is currently senior special adviser to President on Niger Delta Affairs. He is a lawyer by profession.

Sen. Udo Udoma who is a two time member of Nigerian senate and former minister of budget and national planning is among the top richest people in Akwa Ibom State.

The former senator and minister before venturing into politics is founding partner of one of the largest commercial law firms in Nigeria, Udo Udoma & Belo Osagie.

He has as well served as chairman of United Africa Company od Nigeria and Union Bank of Nigeria.

The current governor of Akwa Ibom State is one of the wealthiest men in the state.

Mr. Udom Emmanuel is a corporate guru who worked with some of the biggest corporate firms and banks in Nigeria like Zenith bank and defunct Diamond bank.

The Akwa Ibom State governor also made a stint with one of the biggest auditing and accounting firms in the world, the Price Waterhouse Coopers(PwC).

He made our list of richest men in Akwa Ibom State with an estimated net worth of over $10 million.

He is also a chieftain of APC. He lives in United States of America and has contested for Nigeria president in 2007.

Senator Aloysius Etok is one of the very rich men in Akwa Ibom State who made their wealth through public service.

He has been in government since return of democracy, serving in different capacities. Notable among them are his stint at the House of representative and Nigerian Senate. He makes our list of richest men in the state.

Albert Bassey is a top banker turned politician who made our roll call of the richest men in Akwa Ibom State.

Nsima Udo Ekere who is the former managing director, Niger Delta Development Commission (NDDC) is ranked among the billionaires from Akwa Ibom State.

He was the major gubernatorial candidate for APC in Akwa Ibom State during 2019, general election.

Unyime Josiah Idem is a business mogul and politician who represents the Ukanafun/Oruk Anam federal constituency in the Nigeria Federal House of Representatives.

Hon. Idem has business across telecoms, agricultural sector, real estate, construction, oil and gas, banking. He cannot be left out of Akwa Ibom richest men list. He is also the founder of Stanford Microfinanace Bank.