Who is The Richest Man In Anambra State

Anambra State, a state in the south eastern part of Nigeria, is renowned for producing some of richest billionaires and most successful entrepreneurs in Nigeria. 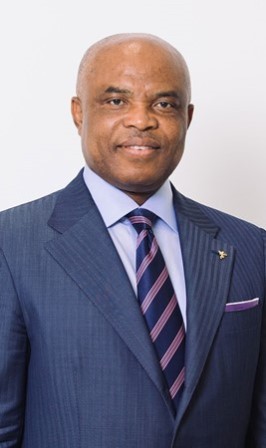 In this article the richest Men in Anambra state will be discussed.

The people of the state are known for being mostly traders, producers and manufacturers.

Perhaps, this may not be unconnected to the fact that the biggest market in West Africa is situated in the state.

Anambra State is behind Lagos in terms of having other parts of the state developing simultaneously with the capital.

Anambra State, though created in 1991, has recorded a tremendous success in terms of infrastructural developments, education and economy.

Some of these successes wouldn’t have been achieved without supports of some Anambra billionaires who always give back and support the masses through charity foundations and other infrastructural developments.

Many people have argued that Anambra State is home to the highest number of billionaires in Africa.This though haven’t been proven, but facts remain that many millionaires and billionaires hail from the commercial inclined state.

It is against this back drop that this post set out to explore the top 10 richest men in Anambra State.

This list of most wealthy men in Anambra state will run in no specific order but at the discretion of the author.

List of Richest Men In Anambra State & Net Worth

Below is the list of top most richest people in Anambra State and environs.

He is popularly known and called by his title name Ozoigbondu. Arthur is the founder and CEO of Atlas Oranto Petroleum.

Atlas Oranto has presence in Nigeria and other African counties. There have been several online reports that he is the 8th wealthiest man in Africa.

He was born in the year 1948 in a royal family in Ukpo town, hence, he is usually addressed as prince Arthur.His company Atlas Oranto is regarded as the largest holder of oil exploration blocks in Africa.

The oil mogul identifies with Nigeria politics. He has sponsored many elections in Nigeria and have powerful friends across Nigeria.

The highly respected billionaire is also known for his large heart. He has donated generously to the poor and has built many houses for widows.

He has also done many infrastructure projects for communities. According to multiple online sources, the Ukpo born philanthropist is estimated to worth over $5.8 billion dollars.

Prior to joining politics in 2003, Mr. Peter Obi is one of Nigerian’s most successful entrepreneurs.

The soft-spoken graduate of University of Nigeria, became a millionaire while still a student. He noted during an interview that politics made him poorer.

He was the youngest chairman of a major Nigerian commercial bank, Fidelity Bank Plc. He has also served in the board of three (3) other commercial banks in Nigeria.

Some of these companies he owns as the biggest shareholder. The former governor of Anambra is born into a business family, the revered politician once noted to have inherited business worth of $170 million from his parents.

He loves to keep low profile and is also into philanthropy. He frowns at wealth wrongly used and doesn’t like to flaunt his wealth.

ABC Orjiakor as he is popularly called is one if billionaires from Anambra state.

He is the co-founder and chairman of Seplat, a leading Nigerian independent oil and gas company listed on the London and Nigerian stock exchanges.

By profession, Bryant is a medical doctor. However, it is his business prowess that have kept him at the top.

Since the formation of Seplat in 2009, Dr. Orjiakor has remained the chairman of the international company, leading and spearheading different developments and success of the company which made it a global brand.

Dr ABC Orjiakor also serves as in board of various other companies. He also runs a foundation which is aimed at eradicating poverty in rural areas. His foundation is named after his late father, Daniel Orjiakor.

ABC Orjiakor is estimated to worth $1.2 billion. He hails from Uli town in Anambra State. He is married with children.

He is also regarded as one of the richest medical doctors in Nigeria.

Emeka Offor is Anambra born oil magnet, businessman and a philanthropist. He hails from Oraifite in Ekwusigo Local Government Area of Anambra State.

Sir Emeka Offor is the founder and chairman of Chrome group. His Chrome group is a conglomerate which deals on oil and gas, power, insurance, logistics, telecommunications and broadcasting.

Some of his broadcast stations includes Blaze FM and Kiss FM. The oil mogul also has a foundation for lifting the downtrodden. He is also a major ambassador for kick out polio campaign in Nigeria. Emeka Offor is estimated to worth $5 billion.

Emeka Offor is in the list of richest men in Anambra state.

More on The Richest Men in Anambra State

Ernest Azudialu is the chairman and founder of Obijackson group. He is also non-executive director and shareholder at Julius Berger Nigeria Plc.

The young CEO is among the wealthiest men in Anambra state.

Obijackson Nestoil is one of reputable Nigerian oil production and exploration companies. One of its major clients is Nigerian National Petroleum Corporation (NNPC).

The young successful entrepreneur has a foundation known as Obijackson foundation. He also has a pediatric hospital of international standard where children receive free medical treatments.

Innocent Chukwuma is Nnewi born entrepreneur who is also among the richest people in Anambra. He is the founder and CEO of Innoson group of companies.

Born in the year 1961, Innoson has written his name in book of history for flooding Nigeria Road with first indigenous made cars.

Also, on the list of Anambra richest persons is another Nnewi born billionaire, Cosmas Maduka who owns and heads Coscharis group.

Coscharis group is a conglomerate of successful businesses owned by Cosmas Maduka.

His Coscharis farm is one of the producers of high-quality local rice in Nigeria. The Nnewi billionaire also owns beverage business, logistics firm and Coscharis medicals.

He is estimated to worth $800 million. He was once described as the man who turned $1 dollar to $500 million dollars by Forbes.

Cosmas is one of the few men that made it to the list of Anambra billionaires.

Dr. Godwin Maduka is a 57-year-old Nigerian US based doctor renowned for his great philanthropy and love for the downtrodden.

He is the CEO and Medical Director of Las Vegas pain Institute and medical center, the largest pain treatment center in Nevada USA.

The kind-hearted Dr. is estimated to worth over $11 million.

He is equally one of the richest people in Anambra state currently.

Ifeanyi Ubah is Nnewi born oil magnet. He is The CEO of Capital Oil.

The young billionaire has the largest petrol storage facility in Nigeria.

He is also into sports and owns a football club, FC Ifeanyi Ubah. He is also a media mogul as he runs Authority FM and Newspaper.

He is one of the men in Anambra state that has too much money and wealth.

Joseph Ezeokafor is the founder and chairman of Jezco group. He is among Anambra top richest men.

Jezco group has subsidiaries in oil and gas, beverages, hotels and hospitality and aluminum productions.

Jezco founder, Sir Joe Ezeokafor is one of the richest men in Anambra State and he is highly Influential too. He is also the richest man in Ekwulobia and Aguata area.

More on Richest People in Anambra State & Net Worth

Chief Dr. Chidozie Nwankwo who hails from Oko town in Anambra State is one of the wealthiest men in Anambra state.

The business mogul is the founder and chairman of Witchtech group, a conglomerate with interest in building materials, oil & gas, shipping and professional services.

The billionaire is popularly called “Overdoz”. He is currently building his political career with his emergence as Frontline candidate for Anambra 2022 gubernatorial elections.

Dr. Obiora Anthony Chukwuka is the CEO and chairman of Greenlife pharmacy.

He is one of the richest Anambra billionaires who hails from Nnokwa town in Idemili south LGA in Anambra.

He owns one of the biggest hotels in Anambra State located in his home town – Eziafakego Garden Resort. He is one of Anambra Top billionaires.

Dr Andy Ubah who hails from Uga town in Anambra state is one of the Anambra richest billionaires and politician.

He has spent most of his career in public service. Dr. Andy and his family has major investments in Nigeria downstream sector (oil & gas).

He is one of the most powerful politicians in Anambra State.

Chief Cletus Ibeto is a renowned industrialist who is a native of Nnewi town in Anambra.

He has businesses in construction, hospitality and automobile.

The business tycoon is one of the most respected businessmen in Igbo land. He is a calm billionaires who loves to help the needy.

The business tycoon has firms spread across oil and gas, real estate, hospitality and beverages.

He is the franchise owner of Bullet Energy drink in Nigeria as well as Pure Heaven drinks.

He hails from Oraukwu town in Anambra state.

He is a renowned industrialist and entrepreneur.

The jovial billionaire is the founder and chairman of Ekuro group which deals on beverages, hospitality and oil and gas.

Some of their products are Eva products- wine, soaps,Adonko bitters etc.

He is a real estate investors and philanthropist.

Rev Dr. Victor Mabnisi is the CEO of Banex group. He is one of the wealthiest men in Anambra state.

His company Banex group is into oil and gas, real estate and hospitality.

The clergyman is the owner of Banex plaza both at Abuja and Onitsha.

He joins other Anambra men in the list of rich men in Anambra state.

Dr. Eric Okoye is the founder and CEO of Juhel group. Juhel group is a company with interest in pharmaceutical, oil and gas, beverages.

He is rated among the richest men in Anambra state. He hails from Agulu town in Anambra.

He is one of the most popular billionaires in Anambra state.

Chief Polycarp Emenike popularly called Odenigbo who is a native of Nanka town is also another top billionaire from Anambra state.

The renowned pharmacist is the founder of Neros Pharmaceutical.

He is no doubt one of the top wealthy men in Anambra State.

This is another silent billionaire from Anambra who is ranked among the richest men in Anambra State.

He is the founder of Chico group, a conglomerate with activities in building materials, oil and gas as well as as general contracts.

Chief Benson hails from Adazi-Ani in Anambra State and  is one of the Anambra wealthiest men and richest business men.

Other Top Richest Men in Anambra

Who is The Richest Man in Anambra State?

He is the founder of Oranto petroleum and a top Nigerian government contractor.

The kind hearted prince is a renowned philanthropist who hails from Ukpo town in Dunkofia LGA of Anambra state, Nigeria.

He was born 1n 1948 to a royal family and has remained a big player in the Nigeria oil and gas industry.

He also owns oil wells in some other top African crude oil producers. Arthur has been ranked as the richest man in Anambra state.