Kano state is one of the most popular states in northern Nigeria. There are many factors which puts Kano on the news and world map. 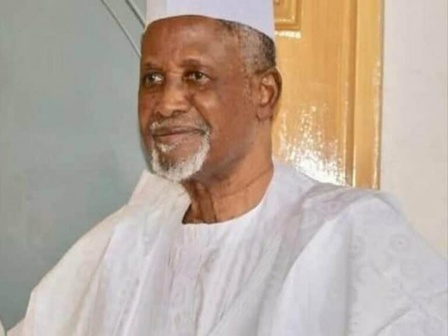 One of them is that Kano state is one of the states with highest number of billionaires in Nigeria.

Today in this post, we have chosen to speak about the richest people in Kano State.

This write up will emphasize on the richest men in Kano state and their net worth.

It is going to be very interesting as there are numerous billionaires from the most populous Hausa-Fulani state in Nigeria.

Kano is an ancient city, known for having the biggest and most respected emirate in Nigeria, Kano emirate.

This may not be unconnected to reasons why the state breeds super and top entrepreneurs which usually end among the richest people in Nigeria.

The list of richest men in Kano is part of our series on richest people across Nigerian states.

An article geared towards reinforcing the entrepreneurship and commitment to duty among youths.

So, in this post, richest people and richest men in Kano will be discussed and dissected.

The list of top richest men in Kano is very interesting as there are many secret billionaires on the list.

We put into cognizance the assets, investments and companies of some top politicians and business owners in Kano in order to arrive at the top richest men in Kano.

Another interesting thing about Kano State richest men is that unlike most states where career politicians dominated the richest list, Kano is one of the few states in Nigeria with exceptions.

Most of the richest men and people in Kano state are top entrepreneurs and businesses owners.

This goes a long way to speak about how resourceful and hard working Kano people are.

Below is the roll call of richest people in Kano state.

Alhaji Aliko Dangote is ranked the richest man in Kano with an estimated net worth of over $8 billion.

By extention, Aliko Dangote is also the richest man in Nigeria and Africa. His business conglomerate, Dangote Group is into Cement production, pastries and floor.

He is also into real estate and oil and gas. His soon to take off refinery has been tagged $15 billion refinery by Central Bank of Nigeria boss.

A project that has been rated the biggest refinery in the world. Dangote is no doubt the richest man in Kano State by miles.

Abdulsamad Rabiu is estimated to worth over $5 billion. He took after his father’s business at the age of 25 before launching his own business, the BUA group in early 80s.

Aminu Dantata is also one of the richest billionaires in Kano. He is a Nigerian businessman and philanthropist who hails from Kano state.

He is the promoter of Kano State foundation, am empowerment programs aimed at promoting education in the state.

He is the CEO of Express Petroleum & Gas Company Ltd. Dantata is one of the directors of Jaiz Bank, first Islamic Bank in Nigeria.

He is the chairman Dantata group, a business conglomerate with interests in real estate, construction, oil and gas etc.

The founder of Kwankwasiyya movement, Rabiu Kwankwaso is on the list of Kano richest men.

The former governor of Kano has been on political arena for decades. Serving in different capacities like senator, minister etc.

He is very affluent and rich and is renowned for his philanthropic gestures.

Net worth of Rabiu Kwankwaso is not known by public nor published but his billionaire status is not in doubt.

The former governor of Kano and ex minister of education, Ibrahim Shekarau is among the top richest people in Kano.

Currently, he is serving senator representing the good people of Kano central.

The former CBN governor and dethroned emir of Kano, Sanusi Lamido Sanusi is well among the wealthiest men in Kano, Nigeria.

The former top traditional ruler is a top banker who rose to the position of general manager of First Bank of Nigeria before emerging as the boss of Nigerian’s bankers Bank.

Sanusi Lamido is a social critic, nevertheless, he is affluent and became one of the richest men in Kano through public service.

The current governor of Kano state, Abdullahi Umar Ganduje is rated among the richest people in Kano State.

Kano state is one of the richest states in Nigeria. Its governor is always highly influencial especially in Northern Nigeria. Governor Ganduje has been in politics since return of democracy in 1999 serving as Deputy governor and current governor.

He was involved in multi million dollar scandal which nearly cost him his second term in office. He is one of the most influential people in Kano state.

Since 2007,the lawmaker has been a regular face at Nigerian senate. He has made so much wealth as public office holder thanks to his long stay in Nigeria politics and senate.

He is rated among the very rich men in Kano. Sen. Bello served in senate for 16 years. He was a banker who turned politician. His net worth is estimated at $20 million.

Aminu Sule Garo is Kano born business tycoon and politician who is among billionaires in Kano state.

His father Alhaji Sule Galadima Garo is an astute entrepreneur from Kano who was very successful. Aminu Sule took after him in business.

He sits on board of many top companies. He made a short stint at Nigerian senate in 2007 and had his election nullified for lack of qualification.

His business prowess is what earned him a place in our list of richest men in Kano.

Alhaji Auwalu Rano is the chairman and CEO of AA Rano Nigeria Limited.

He is one of the biggest investors in Nigeria oil industry from Northern Nigeria.

Auwalu Abdullahi Rano is estimated to worth over $2 billion.

He is a top partner of Nigeria’s major oil companies, NNPC and NLNG.

He owns over 100 petrol stations across Nigeria and is also into numerous businesses such as real estate and manufacturing.

He is no doubt among the top richest men in Kano and richest Hausa-Fulani Men in Nigeria Currently.