Who is The Richest Man in Oyo State

Oyo State is a Yoruba state in Southwest Nigeria. 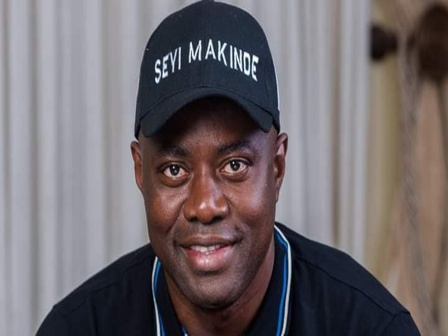 The state is one of the largest states in Nigeria and has numerous mineral and human resources. This post will be focusing on human resources in Oyo State.

Some of the top personalities from Oyo state has have not only achieved success in their various fields but have as well amassed so much wealth that they are rated among the richest people in Oyo State.

In this article we will specifically be focusing on the richest people in Oyo State.

These are people in Oyo State whose wealth and net worth are rated the biggest.

Coming up with the list of Oyo State richest men is not an easy task owing to the fact that there are many successful people from the state.

Through a thorough research and facts finding, we are able to get around and put down the richest people in Oyo State.

It should not surprise anyone to find more politicians in the list of richest men in Oyo State.

This is because of obvious reasons. However the richest people in Oyo state can also be found in other areas of life like business and corporate world.

Below is our list of richest people in Oyo State.

Oluseyi Abiodun Makinde who is a business mogul, Politician and philanthropist is rated the richest man in Oyo state.

The out spoken philanthropist is currently the governor of Oyo State. He is the Group Managing Director of Makon Group Limited, an indigenous oil and gas company in Nigeria.

He is a graduate of electrical engineering from University of Lagos.

Jonah Niyi Otunla is the former accountant general of federation. He is a top retired civil servant who headed Nigeria accounts, a very sensitive position.

He is ranked among the richest people in Oyo State. Jonah Otunla has been fingered in many corruption allegations and cases. Most prominent is the Dasuki arms deal.

Despite being a retired civil servant, Mr Jonah is a very big guy in Oyo state.

Chief Kola Daisi is among the richest billionaires from Oyo State. The Oyo state prominent son had a change and an interesting career, switching from medical doctor to financial expert.

He spent some years with First City Monument Bank (FCMB) before moving to Nigeria Stock Exchange. He contributed immensely to development of Nigeria stock exchange.

He is blessed with wealth and now owns one of the best private universities in Nigeria, Kola Daisi University. He is indeed one of the richest men in Oyo state.

Rasheed Radoja is an Oyo State businessman and politician who is regarded among the richest people in the state.

The former governor of Oyo state has business activities across shipping, agriculture, banking, manufacturing and transportation. He is also a very popular and powerful politician from Oyo State.

Teslim is a 3rd term senator from Oyo State. He is a top politician from Oyo State and was born into a prominent family of Alhaji and Alhaja Hamzat Folarin.

He is from royal family in Ibadan land. Senator Folarin spent most of his years abroad before returning home to join Nigeria politics.

He is among the richest politicians and men in Oyo state.

Oba Lamidi Adeyemi, the Alaafin of Oyo is among the richest men and people in Oyo state.

He is one of the most recognized and respected kings in Yorubaland. He has numerous wives and is a retired civil servant who worked with multinationals in the 60s.

She is currently a serving senator in Nigeria Senate. She has had a smoothly sailing political career, moving from speaker house of assembly to Nigeria senate.

She lived and worked in UK for many years before coming back to join politics in Nigeria.

As always, we welcome your opinions and reactions geared towards making this article better. Kindly use our comment section to express your views.