Yoruba people are very indusrious and is one of the richest tribes in Nigeria. 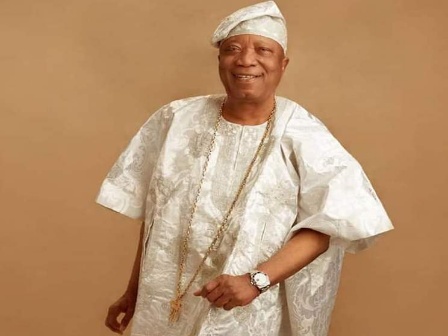 Most of the richest people in Yorubaland are entrepreneurs and business moguls.

Yoruba richest men are not easy to determine because of number of billionaires and successful people found in Yorubaland.

However, we have meticulously gone through businesses and net worth of some of the richest billionaires in Yorubaland.

Now we have the list of richest men in Yorubaland. Some Yoruba billionaires in the list will surprise you as new billionaires emerge almost on daily basis.

Below is the roll call of richest people in Yorubaland and their net worth.

Globacom CEO, Mike Adenuga is rated the richest man in Yoruba Land with an estimate net worth of $8 billion.

The Yoruba billionaire was born in Oyo State but hails from Ogun State, a Yoruba state in Nigeria.

He is also ranked the second richest man in Nigeria. He is also into oil and gas business.

The chairman and founder of Zenon petroleum, Femi Otedola is also rated among the richest people in Yorubaland.

The Lagos state born billionaire is estimated to worth over $1 billion. Femi is also into real estates and has other businesses in his conglomerate.

Ondo State native, Jimoh Ibrahim is one of the richest billionaires in Yorubaland. The CEO of Global fleet group is estimated to worth over $1 billion.

He is also a politician and successful businessman who is well respected in Yorubaland.

Mrs Alakija is estimated to worth over $1 billion. She is an oil and estate mogul. She also has business in fashion and designing in her conglomerate.

Oba Otudeko is also one of the richest Men in Yorubaland.

He is the chairman and founder of Honeywell group, a conglomerate with activities in foods, oil and real estate. Oba Otudeko is estimated to worth over $600 million.

He is the MD of Yinka Folawiyo group a business conglomerate with interests in agriculture, real estate, shipping and energy.

This another man who made it to the list of richest men in Yorubaland.

Baba Adebutu has built an empire in which even his son, Segun has emerged a billionaire from.

This is billionaire from Kwara state who is rated among the richest men in Yoruba Land.

Samuel Adedoyin is a top entrepreneur with business interests in agriculture, energy, real estate banking and hospitality. He is indeed one of Yoruba richest men.

The CEO of Elizade group is also among the wealthiest men in Yorubaland.

The Ondo state native is one of the accredited partners of Toyota in Nigeria.

He is also the founder of Elizade University, a top private university in Nigeria.

The list of richest people in Yorubaland cannot be complete without mention of Dele Fajemirokun.

He is a business magnet and headsa top business group, Henry Stephen Group.

He is highly successful and financially buoyant in Yorubaland.