Net Worth of Africa’s Richest People 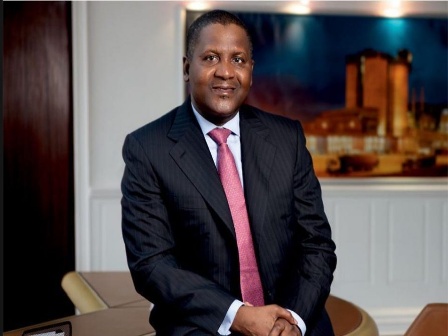 Despite the slow advancement of technology in Africa, some African tech gurus, entrepreneurs has worked very hard to compete with the rest of their counterparts across the world.

Richest men in Africa are as well recognised and some made it to the list of top 100 richest people in the world.

In this post,you will discover the top richest and wealthiest people in Africa.

Also, you will find out which country has the highest number of richest people in Africa.

If you are interested in knowing exactly who the richest people in the world are, thanks to the internet, yes, you can easily.

With Forbes regularly monitoring the bank balances of the world’s top billionaires, you can now easily discover which entrepreneurs, tech gurus and industrialists have the biggest fortune and wealthy.

Forbes list for the rich people in the world contains only 20 Africans so far.

This article is very up to date, it contains the top 20 richest men in Africa, with their networth indicated alongside.

The people that made it to the African richest people in this list hail mostly from Morroco, Egypt, South Africa and Nigeria.

Also, the list of richest people in Africa is arranged in a descending order.

Below is the roll call of the wealthiest and richest people in Africa currently as well as their countries and net worth as also confirmed by Forbes magazine.

Yasseen is the younger brother of Youssef Mansour and is a part owner of the General Motors dealership.

His wealth is acclaimed to be self-made over diversified streams.

Youssef currently runs as the chairman of the family’s conglomerate founded by his father.

The Mansour group is a top motors and caterpillar parts distributor across Egypt.

In this group, Youssef oversees the goods distribution.

Mohamed Dewji owns the METl corporation, founded by his father in the 1970’s.

This company extend to atleast six African countries with aspirations to widen their coverage.

He is the owner of BCME, bank of Africa, with recognised operations in over 20 African countries.

Aside the bank, there are other investment he owns with massive returns like RMA, a top insurance company, FinanceCom, a telecom service provider.

It is interesting to know that Roux income is basically generated from banking, finances and investments.

He is the founding father of the Capitec Bank in South Africa, owning about 11 percent of the total investment.

Recently, he became the General Manage of a small regional bank in Capetown.

Aziz is the biggest share owner in the multi-dollar Akwa group, founded by his father with a partner.

The Akwa group is known for petroleum and gas and chemicals.

He also became the prime minister Morocco in 2021.

Mohamed Mansour is the currently overseeing his family conglomerate, the Mansour group.

It was founded by his father and presently has over 60, 000 employees.

In Egypt, he is regarded as one of the largest motor dealers after he signed a deal with General Motors.

He was the minister of transportation In Egypt between 2006 to 2009 under the regime of president Mubarak Hosni.

Strive Masiyiwa’s wealth rose over the years and he has progressed from being the 16th richest to where he is currently.

His main niche is telecommunications services. He runs under partnership with over 50 percent of the total share of the Econet Wireless group in Zimbabwe.

His other streams of income include staking and investing in mobile phone networks in Burundi and Lesotho, power distribution firms in Africa and other sources.

With a net worth of $2.7 billion, Koos Bekker ranks as the 10th richest person in Africa.

Bekker’s wealth stems from his position as chairman of Naspers, an emerging-market media group that can claim the largest market capitalization of any peer company outside the United States and China.

In 2001, Bekker invested in the Chinese internet and media corporation Tencent (a company in which he now has a 31% stake), significantly helping Naspers increase its market capitalization from approximately $1.2 billion to $45 billion.

Patrick is the founder and chairman of the African Rainbow Minerals, with notable reputation for mining and Metal works.

He became the first black African to be recognized by Forbes, in 2008.

In March 2021, he was elected the chairman of the Confederation of the African Football, and also he has his own football club.

He is a stakeholder in Sanlam, a financial organization.

Although he may not be as rich as his brother Nassef, Naguib Sawiris is still one of the richest men in Africa.

Sawiris currently serves as Chairman of Orascom Investment Holding (formerly known as Orascom Telecom Media & Technology), a company that has grown into one of Egypt’s largest and most diversified conglomerates since joining in 1979.

As the founder and CEO of Cevital, the largest private company in Algeria, Issad Rebrab heads a company that owns one of the largest sugar refineries in the world, a steel mill in Italy, a water purification company in Germany and French appliance maker Groupe Brandt.

With expansionist plans already underway (including a steel plan in Brazil), Cevital and Rebrab’s wealth is projected to grow significantly in the coming years.

As the Strategic Business Team points out, Mike Adenuga’s route to becoming one of Africa’s richest men is a classic rags-to-riches tale.

After starting out as a taxi driver, he managed to lose two Telecom licenses and a bank before from fleeing into exile, only to make his glorious comeback as the founder of Globacom, the fastest growing GSM network in Africa.

Apart from holding such prestigious titles as Officer of the Order of the Niger (OON), Adenuga also has a staggering net worth of $6.7 billion.

AbdulSalam Rabiu is a citizen of Nigeria, whose wealth emanates mainly from the cement and sugar industry, similar to his counterpart, Dangote.

Rabiu is the CEO of BUA Cement PLC. This man also trades the Nigerian stock exchange market and he owns 98.5 percent of it.

With a net worth of $8.6 billion, Nassef Sawiris currently ranks as the fourth richest man in Africa.

Sawiris’s wealth stems from OCI, one of the world’s largest nitrogen fertilizer producers, as well as his position as supervising director of Adidas AG and chairman of English premier league club Aston Villa FC.

As heir to the DeBeers fortune, some may say that Nicky Oppenheimer’s wealth was guaranteed, rather than created by himself.

While it is true that Oppenheimer was never going to end his life in poverty, he also made some very wise decisions that have helped increase his wealth to the point of becoming the fourth richest man in Africa.

In 2012, he sold his 40% stake in DeBeers to Anglo American for $5.1 billion; two years later, he launched Fireblade Aviation, a full-service private charter company offering domestic and international flights services.

Richemont was founded in 1998 by Rupert in Geneva, Switzerland, and has since become one of the most profitable companies in its class, generating revenue of €10.979 billion in 2021 and net income of €1.21 billion.

Among its many subsidiaries are renowned brands such as Azzedine Alaïa, Van Cleef & Arpels, Cartier and Dunhill.

He is also the richest black man in the world.

His wealth stems from his position as founding chairman of Dangote Cement, the largest cement producer in Africa.

According to Forbes, Dangote earned nearly $650 million in dividends from the company’s earnings in 2018, helping to further shore up his already massive fortune.

Dangote’s considerable wealth will only increase in the coming years: he has already announced plans to list Dangote Cement on the London Stock Exchange, which should deliver very healthy returns for both the company and Dangote.

I hope you found the article interesting and informative.

If then, please remember to share it with your friends. Do so by clicking the share buttons below. Thanks for reading