How Many Studio Albums Does Wizkid Have

This article will focus on number of studio albums by Wizkid. 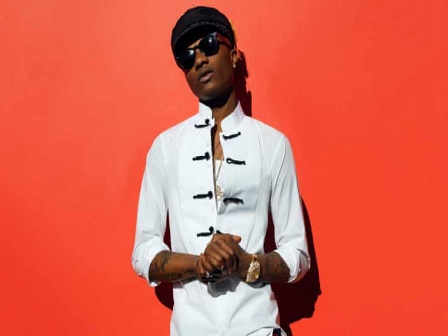 Ayo Balogun popularly known by his stage name, Wizkid is one of the greatest music artists from Nigeria and in Africa.

The afrobeat singer have been active in Nigeria music industry since late 2000s.

He is undoubtedly one of the richest musicians in Nigeria.

Few years after, the singer will go ahead to float his own music record label named “Starboy Entertainment”.

Under Starboy Entertainment, Wizkid has gone on to release three (3) more studio albums.

Currently, Wizkid is the only Nigeria music artist with highest number of international awards and collaborations.

Aside from his studio albums, Wizkid also has one Extended Play (EP).

In this post, we will be looking at all Wizkid’s music albums.

Among all music albums by Wizkid, his first album “Superstar” remain the most popular album by Wizkid.

It is one of highest ever sold music albums in Nigeria.

The hit track of the album “Holla At Your Boy” is the song the brought him prominence and announced Wizkid’s arrival in Nigeria music scene.

Currently, Wizkid has 4 studio albums and the Nigeria music super star has drooped a hint that his fifth studio album is in the pipeline.

These are all music studio albums by Wizkid.

This is Wizkid’s first and debut studio album. The studio album was released in the year 2011 under Empire Mate Entertainment.

It is the most popular music album by Wizkid till date.

Top Nigerian music producers like Samklef,Shizzi, Jay Sleek and E-Kelly are credited with some of the tracks in the music album.

This is Wizkid’s second studio album. It was released in 2014 under his record label, Starboy Entertainment.

Ayo was a follow up on his debut album and has some top music super stars like Akon, Femi Kuti, Phyno featuring in the album.

Songs like, “Ojuelegba”, “Show You The Moneyc &” Jaiye Jaiye” are some of the hit tracks in the album by Wizkid.

This is the third studio album by Wizkid. Though the music super star described it as an Extended Play (EP) as it contain songs recorded between 2014 to 2017.

The album was also released under Wizkid’s Starboy Entertainment.

Made in Lagos which was released in October, 2020 is the latest music album by Wizkid.

It became the fourth studio album by the Nigerian singer and songwriter.

The music album featured music artists from both Nigeria and abroad.

British music artists, Skepta and Ella Mai is among artists featured in the album.