A new reality TV show is in town and is Ultimately Love reality show. For the lovers of reality shows, it’s time to get your DSTV and GOTV active and running. 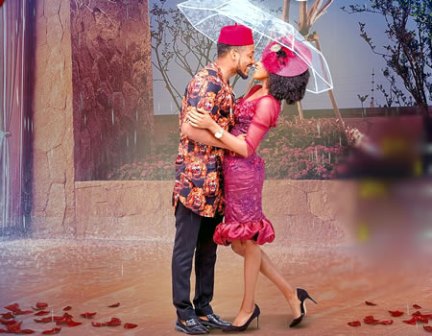 The show is owned by Multichoice and it is aired on DSTV and GOTV platforms. It shares similarities with Big Brother Naija, in the sense that viewers at home decides who gets the crown through their votes.

However, this show also differs from Big Brother Naija as participants will be contesting as couples. Audition for the show took place on November 2019. The reality TV show will run seasonally.

The show made its debut on 9th of February 2020 at 7pm. It promises to be fun, interesting and thrilling.

Ultimate Love reality show is a reality TV show for love hunt. The participants which are regarded as love guests are expected to pair up in couples.

The aim of the show is to see how participants will harness their different unique characters and features to building a relationship and love.

At the end, winner couple will emerge through the votes of viewers. At the end of the show, should the winner couple decide to get married, a sponsored traditional wedding and furnished house will be offered to the them.

It is expected that nomination and evictions will be witnessed in the show as soon as the participants are paired into couples.

Ultimate Love reality show season one will be hosted by public figures, an actress and MC which is Dakore Egbuson and Oluwaseun Olaniyan respectively.

Just like in Big Brother Naija which has biggie, Ultimate Love reality show will have aunty who will advise, counsel and guide the participants during the show.

The aunty role will be played by Editor-in-chief of Today’s Women Magazine, Adesuwa Onyenokwe.

There will be sixteen (16) participants taking part in the show, consisting of eight (8) males and eight (8) females.

These participants will be contesting as couples. Winning couple will be expected to go home with great prizes.

Ultimate Love reality show is and will be a 24 hours TV reality show. The show will be aired live for the entire duration of the show.

This is a format used by BB Naija. Viewers will have live broadcast of the entire show on air for the entire duration of the show.

Duration Of The Show

Ultimate Love reality show will span for a period of eight (8) weeks. The two months duration of the show promises to be action parked.