In this article we will be discussing the biggest hit songs by Davido. 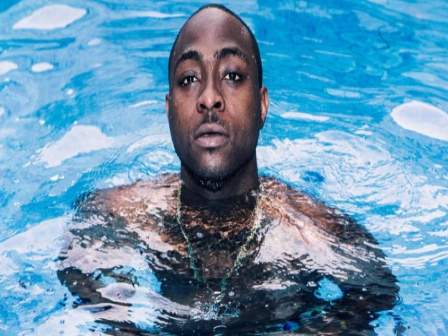 Davido, top Nigerian afrobeat singer is used to producing and releasing back to back hit tracks and songs.

Davido has been very active in the Nigerian music industry for over ten years now.

These ten years of Davido in Nigeria music industry is characterized by hit songs and controversies.

However, in this post, we will be looking at 10 best songs and hit tracks by Davido.

David Adedeji Adeleke popularly known by his stage name, Davido has established himself as one of the biggest music brands in Africa and Nigeria.

The graduate of Babcock University has left many upcoming music artists trying to study and follow his music footsteps.

Davido has series of songs which form parts of his music albums and Extended Play (EP).

Best Davido Songs of All Time

Below are some of the songs of Davido that we consider the best from all his music tracks since his emergence in the industry.

Some of these songs are Davido most played songs and Davido best party jams.

It was the song that massively announced him in the Nigerian music scene.

It is one of the best or greatest Davido songs of all time.

Dami Duro is one of the hot songs in Davido’s first music album, “Omo Baba Olowo”.

Gobe is a single by Davido released in 2015. Though song was from his second studio album/ EP, “The Baddest”.

The single took the industry by strom and it was on top 10 Playlist of most radio stations in and outside Nigeria.

Gobe track is one of the biggest songs by Davido.

Aye by Davido is ranked the biggest and greatest song by the Nigerian artist.

The song which was released in 2014 was produced by Tspize.

The song generated lots of Controversies as many people in Nigeria music industry lay claims to been the brain behind the hit song.

Aye would go on to become the biggest song by Davido, raking over 50 million views.

Fall is another hit song done by Davido that is rated among the best songs by the artist.

The music track was released as second single from his second studio album, ” A Good Time”.

This is one of the most loved Nigerian songs by Davido.

The song was released in April 2018 and it was part of his studio album, “A Good Time”.

Assurance was rumored to be a song dedicated to Davido’s fiancé and babymama at that time.

It was one of the best tunes ever done by Davido.

Fia was released in 2017 and till date is one of the Davido’s most loved songs.

In this songs Davido spoke about some of controversies and his struggles especially the death of his friend, Umenike.

Fem is among the Davido biggest songs of his career.

The song is in his studio album, “A Better Time”. It was a top hit by the Nigerian award winning singer.

Fem rose to the top of most Playlist and music charts in Nigeria.

Also in the “Good Time” studio album by Davido is track titled “IF”.

The love song became a sensation and biggest party jams in Nigeria Currently.

“If” will go down as one of the biggest songs by Davido.

Ekuro is one of the songs in Davido’s maiden studio albums.

The song expresses the beauty of true love. At the time of release, the song took Davido to many places and established him as one of the greatest Nigerian music artists of all time.

The song is highly rated and is beautiful tune with good lyrics by OBO himself.

How Many Studio Albums Does Davido Have

Extended plays are songs put together for promotional use. It often serve as linking ground between a single and full album.

EP should not be more than 30 mins otherwise it become studio album.

These Davido studio albums are all highly rated and well played across Nigerian night clubs.

Below are all studio albums of Davido from his debut to the current date.

This is Davido’s first studio album. It was released in the year 2012 and became a banger. The album announced his emergence in the industry.

This is Davido second studio album. It was titled a good time and was released in 2019. It has some of the biggest songs of the music star.

Here are the two extended plays produced by Davido in his career so far.

This is another artistic work by the Nigerian award winning singer.

It has some of the top songs of the music icon. It has three (3) music hits in this EP which are Gobe, One of Kind and Skelewu.

This is another extended play or mini album by Davido if you like.

It has five song tracks like Gbagbe Oshi and Maga to Mugu featuring Simi.