The abbreviation “DJ” stands for Disc Jockey. It is a word used to refer to persons or person who plays recorded music and songs to listening and entertaining of an audience. 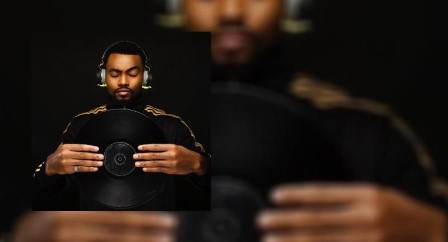 Time has changed, today the DJ tasks has transcended the mixing and playing of music to entertain audience.

The modern DJ has stepped up and goes beyond playing recorded songs to producing one. Most Nigeria top DJs fits in into the modern DJ profiles.

In Nigeria, the industry was shaped by the likes DJ Jimmy Jatt whose success stories showed that one can make career out disc Jockey.

Below is the list of Nigeria 10 hottest disc jockeys (DJs) for this era.

DJ Neptune is considered one of the finest of his generation. He is renowned for his scratching abilities and tune mixing.

It been a long time coming for DJ Neptune who has worked as in-house DJ for Ray power radio station.

He has also worked very closely with Naeto C. Defining moment in his career was production of music album titled “Greatness” which featured host of top Nigerian music artists.

DJ Spinall is a standout DJ in Nigeria. Also referred as “The Cap” for his unique dress sense.

DJ Spinal has earned top endorsement as a result of his music mixing arts and music production. He has worked with the likes of Wizkid, Tiwa Savage etc.

Before moving to Nigeria, DJ Big N has been into disc jockey duties in United Kingdom. Today the huge man is official DJ of one of Nigerian’s biggest record label Mavin Records. He is also well read and has an MBA from Coventry University, England.

DJ Coublon is one of the brightest of his generation and will always be remembered for producing top tunes for the likes of Kizz Daniel.

Dj Coublon is a graduate of Engineering. He is one of those tipped to drive the fast-growing industry.

DJ Caise is not your typical lousy DJ, but the disc Jockey guru is on top of his game. Caise who had his education in United Kingdom, has worked for top Nigerian record label, chocolate city.

He has performed in big brother Africa, Bet Awards, MTV music awards etc. He also has few music tracks to his credit.

He is one of the most popular and successful DJs in Nigeria. He has had a successful nomadic career working with Cool FM and Empire Mates Entertainment (EME).

He has produced quite some songs tracks and is one of the hottest in the industry.

To be on YBNL crew is a great feat and can only be achieved by super talents. DJ Enimoney who is a brother to YBNL boss Olamide is the official DJ for the record label.

He is also referred to as DJ for the street. He has produced some fine tunes for the record label.

Disc Jockey industry is heavily dominated by males. However, few females have made aggressive entry into the industry and one of them is DJ Lambo.

She is good at what she does and that has earned her a nomadic career in the industry while working for the top radio stations in Nigeria and Nigeria top music artists.

DJ Obi is Nigerian record DJ who is renowned for 240 hours performance. He is ranked one of the Nigeria’s most talented DJs and has performed at top shows.

On the list is another female and very popular DJ known as DJ Cuppy. She is daughter of the billionaires, Femi Otedola.

She has performed at top music shows like MTV music awards etc. She is former tourism Ambassador and Pepsi Ambassador.