The Agrarian state of Benue also known as food basket of the nation is not only making giant strides in agriculture but in education as well. 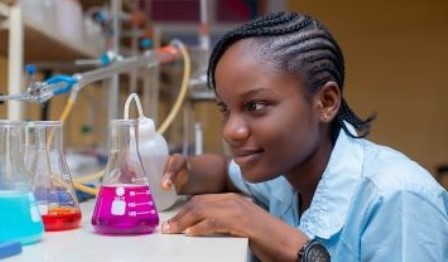 The state is one of the largest in Nigeria with Markudi as its capital territory. All over the state, there exists some top secondary schools scattered at different corners of the state.

Of all these great schools, some are of mission in terms of ownership, majority are of government while some belongs to private entities.

In this post, Nigerian Informer have profiled list of top and best secondary schools in the state for our audience.

This information will be helpful to parents and guardians who might be having hard time finding best and top schools for their wards within Benue State.

Vaatia College, Makurdi is a private owned secondary school established in the year 2004.

Though very young, the college is highly equipped for sound academic exercise and learning.

Vaatia College is a strictly boarding secondary school. All the students stay in hostels within the College premises.

Some of the facilities at the school like library, classrooms, laboratory, games facilities are of international standards. Vaatia college is the college to beat in Benue State.

With experienced and highly qualified staff, Makurdi international school explore and instill academic excellence and discipline among its students.

The school boost of engaging in modern education by aiding students learning with variety of technology, computers, projectors, internet, and many more.

Because the school understands that it is a changing world, wouldn’t want their students to get caught up, the school run on updated curriculum.

The school was founded in 2007. Makurdi international school provides opportunity for every child to access first class education that supports the development of individual talent and skill.

It is one of the best secondary schools in Makurdi and Benue State at large.

Mount Saint Gabriel Secondary School, Markudi is a secondary school owned by catholic diocese of Makurdi and established in 1964.

It is one of the top schools in Benue State where students are nurtured both academically and spiritually.

Unique Schools is made up of a Nursery & Primary School and a Secondary School.

It is committed to giving quality education to pupils and students irrespective of gender, race, ethnicity, religion, or status.

The school started out as day secondary school but has moved into full boarding to accommodate students from outside the state. It is a school renowned for academic excellence in Benue state.

CDM Academy International, Gboko, is one of the best secondary schools in Benue State.

The citadel of learning is situated at Gboko, a city outside the state’s capital. CDM stands for Christian Discipleship and Mission.

The school was opened on 6th October 2008. CDM is an institution that is prepared to bring out the best in your child, both spiritually and academically.

CDM Academy is a private Christian institution carefully designed and built to meet sustainable structural ecstasy and beautiful appearance for a period of not less than a century.

It is one of the best secondary schools you can find in Benue State and north central Nigeria.

Nativity College, Makurdi is a catholic co-educational secondary school sited in a serene and quiet environment.

The school offer both boarding and day option to students. The school is of high academic and moral standard.

It has modern teaching and learning facilities to help a student cope with contemporary learning challenges.

The school not only inculcates learning but also character. The school is located at Emmanel Mande St, old GRA, Makurdi.

Jewel Model Schools, Makurdi is a top renowned secondary school in Makurdi, Benue State.The school has branches across other states of Nigeria including FCT.

At Jewel Model Schools, everyone is a partner in building a positive, collaborative, nurturing community and a dynamic learning environment.

At JMS, there is a belief that all children are capable of success in and out of the classroom.

FGC Otobi is one of four federal unity schools situated in Benue State. The school was established in 1996.

The teaching staff of the school are well trained and positioned to give the best to your wards.

The school has many and quality infrastructures and has all secondary school academic departments ranging from Science and Technology, Arts and Humanities and Commercial education.

The school also engages in extra curricula activities for all round development of the students.

FGC Vandeikya is one of the federal unity schools in Benue State. FGC Vandeikya is a co-educational day and boarding, institution owned by the Federal Ministry of Education.

The school, just like other unity schools is well funded and has some of the best infrastructure you can find in a secondary school.

The college also boost of some of the most qualified teachers in secondary school education.

At FGC Vandeikya, they believe that education is the passport to the future, for tomorrow belongs to those who prepare for it today.

St. Winifred’s Girls’ Secondary School, Ihugh was established in 2005. It is an all-girls secondary school established to produce youths (girls) who would be transparently honest and religiously truthful to their various callings in life.

It is catholic owned secondary school renowned for discipline and academic excellence.