Best Television to Buy in Nigeria

Watching television is a favourite past time for most Nigerians but getting the right television with the right features can be quite challenging. 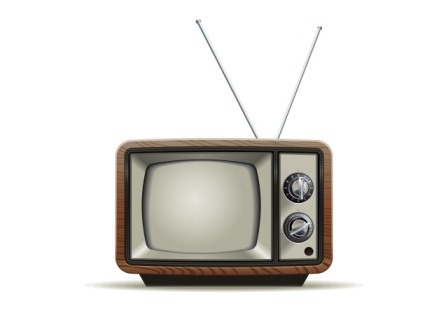 Televisions have evolved overtime, from the black and white TV to the high definition display televisions we now have.

In this article, we will profile the best television brand to use in Nigeria.

There are many television brands out there so finding the one that suits one’s budget and taste is usually a common problem.

Below are the top & best television brands in Nigeria to choose from:

LG has been the most popular and widely used television brand in Nigeria simply because they make “life good” according to their brand name.

It has taken over the market since the time it came into existence.

They are best when it comes to LED/LCD televisions and other types such as Smart TVs.

Their products have a mixture of good quality and durability with a great viewing mode and angle.

One thing about their products is that they have made every television type to suit one’s budget and taste.

They recently made a satellite television that has an in-built decoder with decoder features.

They have amazing televisions that have QLED display, high definition features and even smart televisions.

Their televisions come with good in-built sound and video quality and, durability, giving a comfortable and exceptionally good viewing experience.

Their recent addition is called a Frame Television which is a high-resolution display when it is turned on and when it is off, it simply looks like a gallery art.

This adds beauty to the place it is placed in. It is a good television to buy in Nigeria.

A senescent television brand, Sony is at the top when it comes to best televisions in Nigeria with sound quality and high-resolution display.

They make use of the OLED display feature which provides options for the television users to select from different kinds of picture qualities and sound features.

Their smart televisions make use of the Android operating system and their Bravia television is specifically made for game lovers and it has an all-round quality experience.

What is loved most about this television brand is their screens and sound system which make it seem like one is in an actual cinema or in the movie themselves.

The television brand gives an amazing experience. It is top quality television to buy and use in Nigeria.

This another good quality television brand in Nigeria.

They have been coming up with the best televisions from the day they produced their cathode-Ray tube television model.

Their televisions have good quality pictures and features that are close to that of smart and satellite televisions.

Unique features about their televisions are the quality, durability and they have the best energy saving features out of all TV brands.

They are known for large TV screens and designs. Their latest model is the Ultra HD 4K LED TV which is currently in the good television in Nigeria market now.

The first time this television brand became very popular was after they made their launch as the official sponsor of the Russia 2018 World Cup.

Their televisions come in different sizes with certain specifications.

Though the quality of this brand is still being questioned by some people but in terms of having a lot of features attached to their televisions, they are still the best.

They are also not so expensive, so it can be purchased at an affordable price.

Their products are budget friendly and can be bought at an affordable price. What makes this television brand popular is its panels.

They are built by TCL’s internal and external components.

Philips is best known for their lighting, audio and healthcare systems.

They produced a 5000 series television which is built on the operating system of Android TV.

The 4000 series makes use of the Roku platform by TCL and can be paired with a mobile app or a speaker.

There are different resolutions to pick from when using their television.

Connections such as Bluetooth, HDMI ARC and smartphones can be done. Philips television in Nigeria is a good product to buy.

Apple is mainly known for its phone brands. Little do people know that Apple also have their television brand which is called Apple TV.

Apple TVs have been manufactured in such a way that its user can surf the internet, watch news and watch any movie of their choice.

It will be disrespect if it doesn’t rank among the best televisions in Nigeria.

This brand deals widely with electronic appliances and television is one of them.

Their televisions are just within the mid-range value. They have various screen displays which are OLEDs, LEDs and other types. It a television of top quality in Nigeria.

Sky worth is not so popularly known by many. They have manufactured televisions that have different specifications alongside sizes, brands and types.

Their television brands vary in features, some have USB ports in which other devices can be connected to. It is considered a good television to buy in Nigeria.

Conclusion on Best Television in Nigeria

There are various choices to pick from, but they must suit one’s budget and taste.

Also, durability and quality of the television brand should be checked to avoid purchasing a wrong television.

Once all these things are checked and in place, the purchase can be made, and one can sit back and let the television do most of the entertainment.