One of the highly regarded state in southern Nigeria is Enugu State. The state is the headquarters of old eastern regional government of Nigeria. 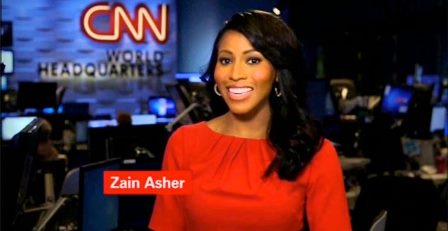 Till date, the state is the headquarters of southeast geopolitical zone states. The state is highly remembered and recognized because of its huge deposit of coal and human resources.

In this post, Nigerian Informer will be discussing the people of Enugu state as one of the major assets of the state.

In specific, we will be talking about ten most popular celebrities and famous personalities from the state.

These are people that have represented the state positively in their different fields of endeavors.

Not so many people are aware that the popular news anchor at CNN international, Zain Asher is from Enugu state.

Asher is the younger sister to actor Chiwetel Ejiofor.

Nkem Owoh popularly known by his Nollywood name Osuofia is one of the top ten famous personalities from Enugu state.

The veteran actor is regarded as the best comedian actor Nigerian movie industry has ever seen.

He is a graduate of engineering from university of Ilorin.

Frank was born on July 22,1989 and began singing at the age of 10. He is the founder and owner of the record label Rocktown Records.

The Enugu born singer has six albums and many hit singles to his name. He has established himself as one of the best leading gospel artistes in Nigeria.

Patience Ozokwor is a Nigerian top veteran actress, musician and evangelist who hails from Enugu state.

She has picked up numerous top movies awards as recognition for her active role in the growth and development of Nigerian movie industry, Nollywood.

Mrs. Ozokwor was among 100 Nigerians honored by the government to celebrate the amalgamation of the northern and southern protectorates in 2014.

She is a native of Amaobo, Ngwo town in Enugu State.

Owoh Chimobi Chrismathner popularly known by his stage name ZoroSwagbag is a Nigerian rapper and songwriter who hails from Awgu town in Enugu State.

The young musician was born on March 20th, 1990 and grew up in the commercial city of Onitsha.

He is Ambassador of Intafact breweries, makers of Hero beer.

He is one of the most respected and reputable Nigerian clergy men and is highly remembered for making prophesy about the emergence of Mohammad Buhari as Nigeria president in 2015.

Ill Bliss is a Nigerian rapper, songwriter and entrepreneur who hails from Enugu state. The dark-skinned rapper is regarded as one of the best Nigerian rappers of his generation.

Oga Boss as he is also called is responsible for grooming many musical talents in Enugu State notable among them is Phyno and Chidinmma. He is happily married.

By 2023, the former deputy senate president will have spent 20 years in the Nigerian senate.

He also holds record of longest serving deputy senate president when he served in the role from 2007 to 2019.

Chiwetel Ejiofor is a Nigerian Hollywood actor who hails from Ezeagu in Enugu State. He is elder brother to CNN news anchor Zain Asher.

Chiwetel has starred in many movies like Dirty Pretty Things, 12 Years a Slave (2013), Half of a yellow Sun etc.

The Nigerian actor has received Academy Award and Golden Globe nominations, along with the BAFTA Award for Best Actor.

Bracket is a stage name for Nigerian Afropop, and R&B music duo composed of Obumneme Ali a.k.a “Smash” and Nwachukwu Ozioko a.k.a “Vast”.

The music duo is renowned for their high talent and production of good tunes like Yori Yori, Ada Owerri etc.