Celebrities and famous entertainers from Abia state will be discussed in this article. 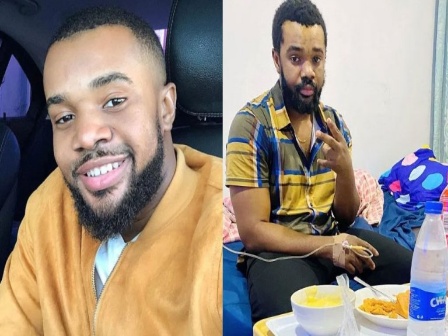 Abia State popularly referred to as God’s Own State is one of the South Eastern States of Nigeria, created in 1991.

Abia State is known for her cultural diversity, various dialects,delicacies and it’s ginats strides in commerce.

Asides the fact that Abia State is known for economic bouyance, entertainment wise, the people of Abia also stand tall.

Below is the roll call of top ten celebrities and entertainers from Abia state, Nigeria.

One of the top celebrities from Abia state is Chinyere Yvonne Okoro was born on 6th November,1984.

A lot of people do not know this beautiful actress is from Nigeria, due to her dominance in Gollywood. It is assumed she is originally from Ghana but the actress is a native of Amankalu Alayi in Bende LGA.

The actress mother is from Ghana and she schooled and lived most of her life in Ghana but the actress is from Abia State.

Another top celebrity in Nigeria who hails from Abia state is Bright Okpocha.

Bright Okpocha popularly known as Basketmouth was born on 14th September, 1978. Basketmouth is a stand-up comedian and actor from Isikwuato.

He has been in the comedy world for a space of over 20 years and has shown he is a king in the game, he is being referred to as the second richest comedian in Nigeria after Ali Baba.

The graduate of Uniben is married and blessed with 2 kids.

Not so many people are away that Uche Jumbo, a top actress,producer and screenwriter is from Abia state.

Uche Jumbo Rodriguez is always ready to flaunt it that she is from Abiriba popularly referred to as ‘The Small London’.

She is well known for her role in Wives on Strike’, ‘Lies Men Tell’.

The beautiful actress was born on 28th December,1979 and she is a graduate of Mathematics and Statistics from the University of Calabar.

Uche Jumbo came into limelight in 1999 when she starred in the movie ‘Visa to Hell’ and she has proven that she is a goddess of the screen.

Ikechukwu Mitchel Ogbonna popularly referred to as IK Ogbonna was born on 11th January,1984 is a movie star from Abia state.

He is an actor and model from Abia. He recently had a divorce with his Colombian wife Sonia Morales before his marriage to Sonia, he was in a relationship with Juliet Ibrahim.

He has featured in movies like ‘Disguise’, ‘Lagos Real Fake Life’.

Alex Ekubo the fine boy of Nollywood, the Arochukwu born is a model and an actor from Abia state.

A law graduate of UNICAL. He is known for his role in movies like ‘Your Excellency’, ‘Hot Girl Next Door’.

He is also known for playing the role of :Johnny’ in Yemi Alade hit single ‘Johnny’.

Alex Ekubo has also won awards and competitions; he emerged as 1st Runner Up in the ‘MR NIGERIA’ contest in 2010 and this was what ushered him into the Nigerian movie industry.

Another top celebrity and famous personality from Abia state is Chinedu Ikedieze popularly known as ‘Aki’ from the 2003 movie ‘Aki na Ukwa’.

He has graced our screen for over 20years and we still love to see him on screen.

He is married to Iloma Ikedieze. asides acting,Chinedu is into other business like fashion,tourism etc. He is a top entertainer from Abia state, Nigeria.

The Abiriba born actor, comedian and philanthropist is not a new face in the entertainment business, he was a kid actor in the early 2000s.

He won the award of the best kid actor at the Africa Movie Academy Awards for his role in the movie ‘Oh My Son’.

He finshed from the University of Nigeria,Nsukka where he studied History and International Relations.

He recently got married on 21st November 2020 and the wedding was the talk of the town for day.

He made the list of top celebrities from Abia state.

The graduate of political science from Lagos State University (Ojo Campus) was born on 20th September,1975.

He is popularly known by his stage name ‘RuggedMan’ or ‘RuggedyBaba’.

He is from Ebem in Ohafia LGA Abia State,he is also ready to remind people of his roots,this can be seen in his song ‘Ebemsi’ which he featured Mr. Flavour.

He has stated it clearly that he was a full flegded son of Ohafia, he even went further by rapping in his Ohafia dialect.

He is very fluent in the Igbo and Yoruba languages.

Another top music artist in Nigeria from Abia state is Okechukwu Edwards Ukeje, he was formerly known as ‘Nigga Raw, but now ‘Mr Raw’.

He was born on 1st November,1975. He is the brain behind ‘Abia Anthem’ that had his Abia brothers on it RuggedMan and 2hotz.

Mr Raw is the pioneer of Igbo rap in Nigeria.

He is originally from Uzoakogli in Abia State.Mike Ezeruonye debuted his on-screen appearance in the movie titled ‘Broken Marriage’s in December 2003.

Before venturing into acting, he was in the banking sector.

Mike Ezeruonye has carved a name for himself in the Nollywood industry.

More on Celebrities From Abia State

Yemi Eberechi Alade, the Yoruba-Igbo lady as she likes to be called is a songwriter and performer, she was born on 13th March,1989 in Abia state.

She came into limelight with her single ‘Johnny’ in the year 2014.

Since then she has been giving us melodious hits with her energetic dance steps.

Her father was a police commissioner from Ondo state while her mother is from Umuahia.

She also spent a great time of her life in Abia, she speaks the Igbo language fluently and she recognizes herself with Abia.