Ebonyi State in south east geopolitical zone of Nigeria, before now was not known for producing top Nigerian and African celebrities. 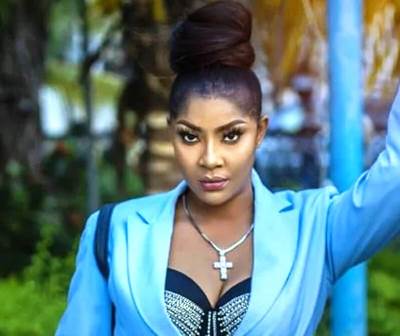 However, time has changed as the state is home to some of Nigerian’s biggest entertainment stars.

It may come as a surprise to many when told some top musicians and media managers in Nigeria is from the Agrarian state.

As usual, our main objective here is to keep our audience informed and that we will always do.

One of the top celebrities from Ebonyi state is the ever beautiful Angela Okorie who is a Nigerian top Nollywood actress. Since debuting in the industry since 2009, Angela has starred in over 100 movies.

She was born on 1986 in Cotonou, Benin Republic. She attended university of Lagos and Lagos state university and studied theater art and public administration respectively.

Another famous personality from Ebonyi state is Osinachi Kalu popularly known by her stage name, Sinach is a well-known Nigeria gospel music singer and songwriter.

The artist is highly remembered for his single “I know who I am”. Sinach was born in 1973 and became the first African artist to top the Billboard Christian Songwriters chart.

She is a graduate of physics from University of Port Harcourt and is happily married.

Maria Ude Nwachi is a politician, photographer and social media manager from Afikpo is another well-known personality from Ebonyi state.

The former lawmaker is the owner of Facebook page Igboist with over one million members. She is also known as “best chic ever liveth”.

Though born and raised in Lagos, the songwriter and singer hails from Onicha in Ebonyi state.

He was born on May 27,1990. One of his hit singles is Alubarika featuring top Nigerian singer, Timaya.

Charity Ekeh is a top Nollywood actress who hails from Ebonyi state. She came to limelight with her starring role in movie, “The End Is Near”.

She is a graduate of accountancy from Ebonyi state university. She is married with children.

Chita Agwu is a Nigerian actress who is from Ebonyi state. She is a graduate of mass communication from Ebonyi state university and has starred in more than 100 movies. She is happily married.

Also making the list of celebrities & Famous people from Ebonyi state is Augustine Miles Kelechi also known by his stage name Tekno. He is a Nigerian song writer and singer.

He is one of the biggest music artists from Ebonyi state alongside Patoranking.

He was born on December 17,1992. He is also known as golden boy of Africa. Tekno was born in Bauchi State but is a native of Ivo in Ebonyi state.

More On Celebrities From Ebonyi State

Grace Amah is another top Nigerian actress from Ebonyi state. The pretty actress though raised in Lagos is from Ebuwanna Etta in Ebonyi state.

She was born on 23rd February 1986. She is a graduate of University of Lagos.

She was born in Enugu on 27th November 1987. She hails from Ebonyi state and is a graduate of Ebonyi state university. She has worked with Flavour, Zoro, Phyno, Mr. Raw etc.

Diamond Adaeze Igwe is one of the best top Nollywood actresses who hails from Ebonyi state.

She debuted in the film industry in 2004 with a leading role in the movie titled “Government House”. She is one of Nigerian’s most sought-after actresses.