In Africa, it is world of men especially in politics. Unlike in western world where we have seen women head governments, legislatures and judiciary. 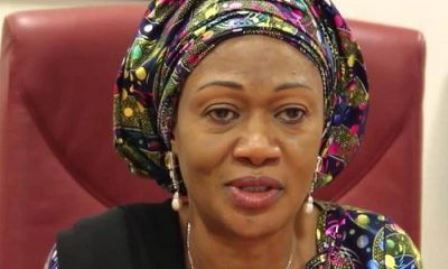 in Africa and Nigeria in particular, it has been a very rough journey for women in politics.

Its almost 60 years after independence and Nigeria is yet to have its 1st female president and elected female governor.

These facts speak volume for how uneasy it is for women in Nigeria to get to the pinnacle or stay in government for a long time unlike Nigerian male politicians.

Despite the hurdles Nigerian women face in their political journey, there exist few Nigeria female politicians who have broken the yoke and have formed a dynasty and force to reckon with in Nigeria politics.

In this post, we have compiled list of Nigerian female politicians who have made name for themselves in Nigerian politics.

Remi Tinubu, the wife of All progressive Congress national leader, Asiwaju Tinubu is one of the top female politicians in Nigeria.

She holds the record of longest serving senator from Lagos state. She is on her 3rd term at Nigerian Senate.

By 2023, Remi Tinubu will have spent 12 years in the upper chamber. This is a feat not so many female politicians will achieve in Nigeria.

Rose Oko is a female politician from Cross River state. The female Honorable has been at national assembly since 2011 swapping House of representatives for Senate in 2015.

By 2023, The lawmaker representing Cross River North will have spent 12 years in Nigeria National Assembly.

Not so many Nigerian female politicians have and will represent a ruling party in a state governorship contest.

This is a feat Sen. Alhassan Aisha was able to pull off in 2015 when she represented the APC in gubernatorial election of Taraba State.

She was also a minister between 2015 to 2019 when she resigned to join forces with the presidential ambition of Atiku Abubakar, who she described as a political associate.

She has also served in Nigerian Senate between 2011 to 2015 when she defeated the former governor of Taraba state, Jolly Njame.

Senator Lilian Uche Ekwunife should have spent 16 years in Nigeria national assembly if not for tribunal that nullified her 2015 senatorial journey.

The Anambra lawmaker has spent 8 years in the House of Representative and made her way into Nigeria senate in 2015.

She was however sacked by court after 3 years in the senate. In 2019, The former banker recontested the senatorial district election against same opponent and won.

By 2023, she will be spending 12 years in the national assembly. She has also contested the governorship position of her state, Anambra State couple of times.

She is also tipped to contest the forthcoming Anambra gubernatorial election.

She is one of Nigerian top female politicians. She is tipped to contest Anambra State upcoming gubernatorial election.

The economist and former banker has been at the national assembly since 2007.

She has represented Abua/Odual/Ahoada East Federal Constituency in house of representative since 2007 and in 2019, she was elected to represent Rivers West Senatorial District in Nigeria senate.

It is not easy to attain this political height in a state like Rivers state.

Sen. Gbemisola Ruqayyah Saraki is a former house of representative member, senator and currently minister of state for transportation.

She is sibling to former senate president, Bukola Saraki. Sen. Gbemisola Ruqayyah Saraki has contested for Kwara Gubernatorial elections for couples of times.

She has been very active in Nigeria politics since 1999.

She is former Nigeria minster of Lands, Housing and Urban Development.

The former senator has served as former minister of state for finance and minister of finance.

She is one of the most respected and reputable female politicians from northern Nigeria.